Qatar started the World Cup with a loss to Ecuador 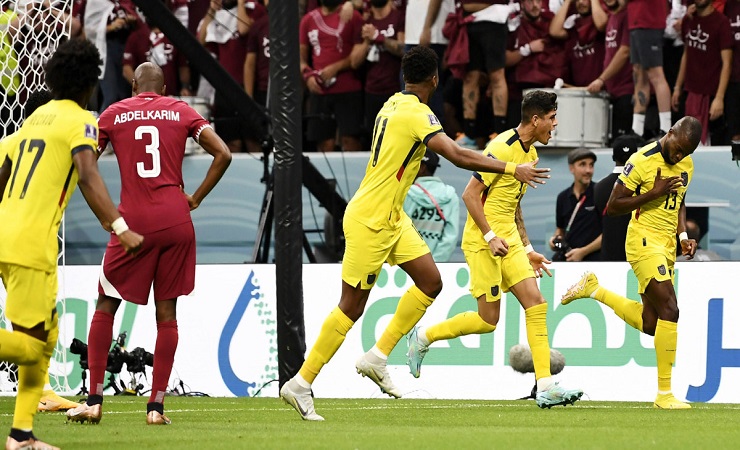 The host Qatar could make the football World Cup memorable in its own country. The Middle Eastern country started its World Cup mission by losing to the Latin American country Ecuador. Meanwhile, Ecuador started the 22nd season of the World Cup by winning 2-0 with Ener Valencia’s double goals.

In the opening match of this year’s Football World Cup held at Al Bayat Stadium, the host Qatar did not pay attention to the attack even though they played on equal footing with the opponent in possession of the ball. Qatar managed to keep the ball for 48 percent of the entire match. And only two were able to take shots along the opponent’s goal. But did not see the goal.

Meanwhile, Ecuador’s footballers kept the ball for 52 percent of the entire match. And the Latin American team managed to take a total of five shots along Qatar’s goal. As a result, a total of two goals were seen.

Ecuador started to play attacking football from the beginning of the match. In that case, from the free kick from the middle of the field, the ball went into the penalty box, from there the over hit kick made by Torres went to Valencia, and he scored a goal from there.

But the goal was canceled by the match referee with the help of Video Assistant Referee (VAR). The goal was originally disallowed for offside.

However, Ecuador did not take long to take the lead. Keeps the hosts in a corner with one surprise attack after another. Ener scored from the penalty to give Valencia a 1-0 lead. And Valencia doubled the gap by scoring his second goal in the 31st minute of the match.

Qatar came out desperate to get back into the match in the second half. Attack one after the other. But it didn’t help. Did not see any goals. On the other hand, Ecuador did not see any more goals. As a result, Ener Valencia left the field with a 2-0 goal difference.