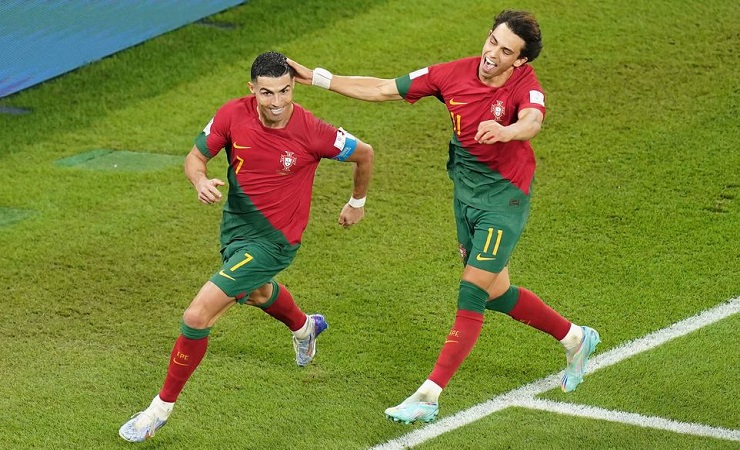 Just as football fans want to enjoy the game, Cristiano Ronaldo’s Portugal gave the same performance against Ghana in their first match at the World Cup in Qatar. The Portuguese started this World Cup mission by beating Ghana 3-2 with the excitement spreading.

Cristiano Ronaldo’s Portugal ignored Ghana in possession and attack in the third match of the day at the 22nd edition of the FIFA World Cup. They managed to keep the ball for 63 percent of the entire match. And Ghana shot a total of five shots along the goal. Three goals were seen in it. Meanwhile, African team Ghana footballers can keep the ball under their control for 37 percent of the entire match. And a total of three shots were taken along the goal of Portugal. Among which came two goals.

Portugal, who played attacking football from the start, scored in the 31st minute of the match. But even if Ronaldo scored a goal, the goal was canceled by the referee due to a foul on a Ghanaian defender before that goal. As a result, Ronaldo’s wait increased. The first half ended goalless.

Portugal increased the pace of the game in the second half. In the 62nd minute of the match, the referee whistled a foul when Ronaldo was illegally obstructed inside the D-box. As a result, the Portuguese got a penalty. Team leader Ronaldo led the team by scoring from the penalty with a cool head. But the African team did not allow the Portuguese to hold the lead for long. Ghana equalized eight minutes later. In the 73rd minute of the match, the goalkeeper of Portugal was defeated by Andre Awe’s strong right-footed shot from inside the D-box.

But the Portuguese were unwilling to remain on par. Between 78 and 80 minutes, Ghana scored two more goals. That makes the difference 3-1. The next two goals were scored by Jao Felix and Rafael Leo. However, Ghana tried hard to return the match. But Ghana could not prevent the loss despite reducing the gap with Osman Bukari’s goal in the 89th minute of the match. In the end, Portugal left the field with a 3-2 victory.