Portugal-Ghana: Ronaldo could not score in the first half 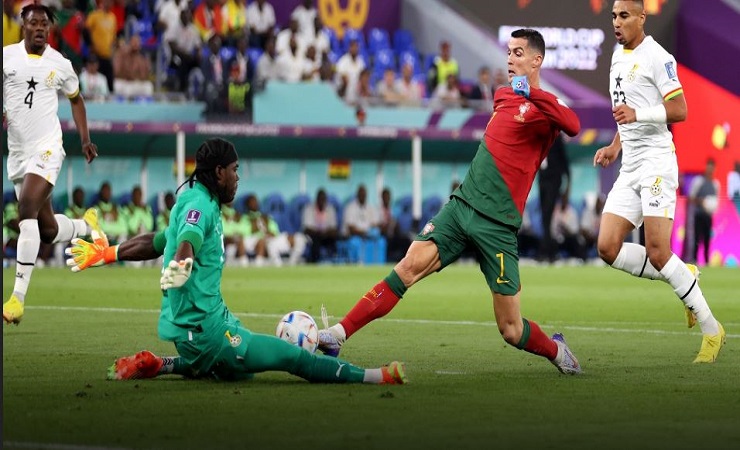 Cristiano Ronaldo’s Portugal and Ghana played against each other in their first match in the group stage of the World Cup in Qatar. The first half of the game is already over. So far, Ronaldo’s team could not send the ball into the African team’s net despite attacking one after the other.

Cristiano Ronaldo’s Portugal did not care about Ghana in possession and attack in their first match. Throughout the first half, the Portuguese attacked the opponent’s defense one after the other. They managed to keep the ball 70 percent of the time. And Ghana managed to take two shots along the goal.

Meanwhile, Ghana managed to keep the ball for only 30 percent of the time. But the African team could not take any shot on-target or off-target.

Portugal, who played attacking football from the start, scored in the 31st minute of the match. But even if Ronaldo scored a goal, the goal was canceled by the referee due to a foul on a Ghanaian defender before that goal. As a result, Ronaldo’s wait increased. The first half ended goalless.