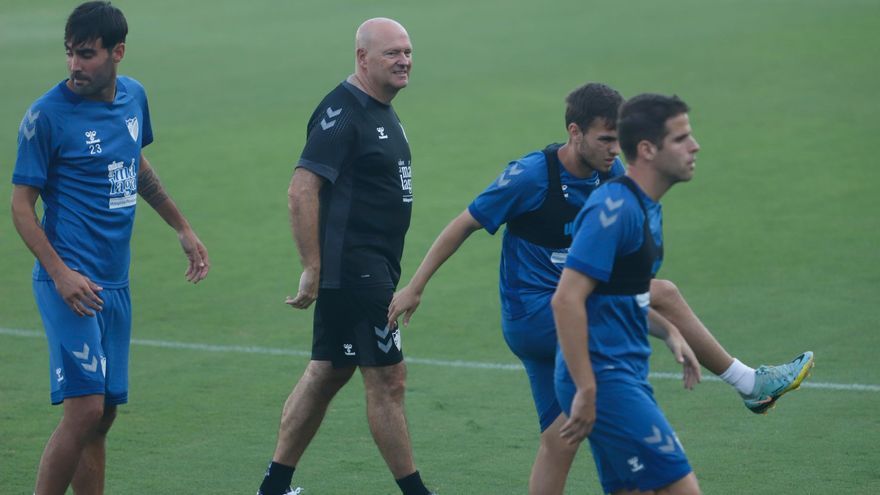 The first training of Pepe Mel in front of the Malaga CF had the warmth of the public. Some 1,000 Blue and Whites supporters witnessed from the stands of Tribuna de La Rosaleda the first steps of the team in this new stage. Around 6:30 p.m., the footballers jumped onto the green and received the support of their people, who despite the situation did not hesitate to approach until Martyr’s facilities.

The session started with a warm-up with exercises on the ball and then those available they used the entire pitch at La Rosaleda to work on ball-out and pressure plays. The public, grateful, applauded every good deed of their players. The dynamic was repeated over and over again, with Pepe Mel very active and correcting his new pupils.

There were absences on the green of injured players and others who stayed inside the facilities as a precaution. Andres Caro, Luis Munoz, Esteban Burgos and Jonas Ramalho They are still recovering from their respective injuries. The Argentine already has little left to return to the group. and others like N’Diayewho played the second half of the clash in Tenerife with a compressive bandage for a blow to his left thigh, and Juande, with edema, did not participate yesterday with the rest of those available. The club has not reported that they have suffered any setback, so the logical thing is that they can be present in Saturday’s match against Villarreal B (6:30 p.m.).

The Blue and Whites urgently need to recover players in their defensive line. With Bustinza sanctioned due to his expulsion for a double yellow card in Tenerife and with Burgos, Ramalho, Juande and Caro still injured, it is essential that N’Diaye is fit for Saturday. Escassi will act again as central and the option of Moussa it is also present if casualties multiply.