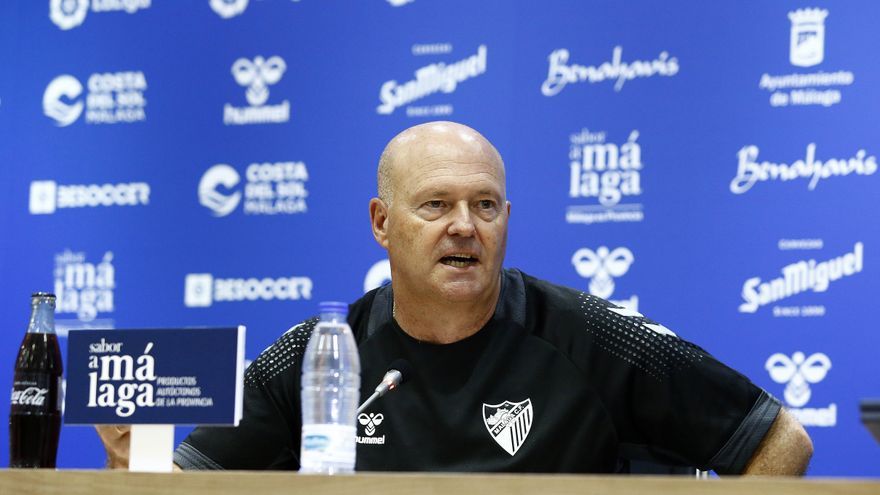 The technician of the Malaga CFPepe Melwhich will be released this Saturday in his position after the dismissal of the Argentine Pablo Guede, admitted that he has found “a locker room too quiet, quiet, with worried faces”and that he has told the players that “that is not the way not only for football, but for life”.

About this Saturday’s rival at La Rosaleda, the Villarreal Bthe Madrid coach warned that the players of the subsidiary of the Castellón team “have a piece of candy that the rest of the competition lacks, and that is to know that they can debut with the first team, which is in European competitions and fighting for titles“.

“Villarreal is an important entity in Spanish football and has that award and that extra motivation that other teams and other players don’t have,” Pepe Mel said at a press conference, stressing that the yellow team’s subsidiary has young footballers “of a lot solvency“, which are handled very well and are “able to play against”.

Mel will not be able to count on several players in the central position as Unai Bustinzasanctioned, nor with the injured Esteban Burgos, Andres Caro, Juande Rivas and Jonas Ramalhoreason why it pointed out that some canterano will have to act in that position.

“It doesn’t hurt me to put clothes on a kid, we’ve all been given an opportunity”emphasized the new Málaga coach, who said that he knows Malaguismo well because he has visited La Rosaleda on numerous occasions with other teams and is an “ardent” fan and that he is with his team, in addition to the fact that in the city “football is breathed “.

Italy beats England and is relegated from the Nations League