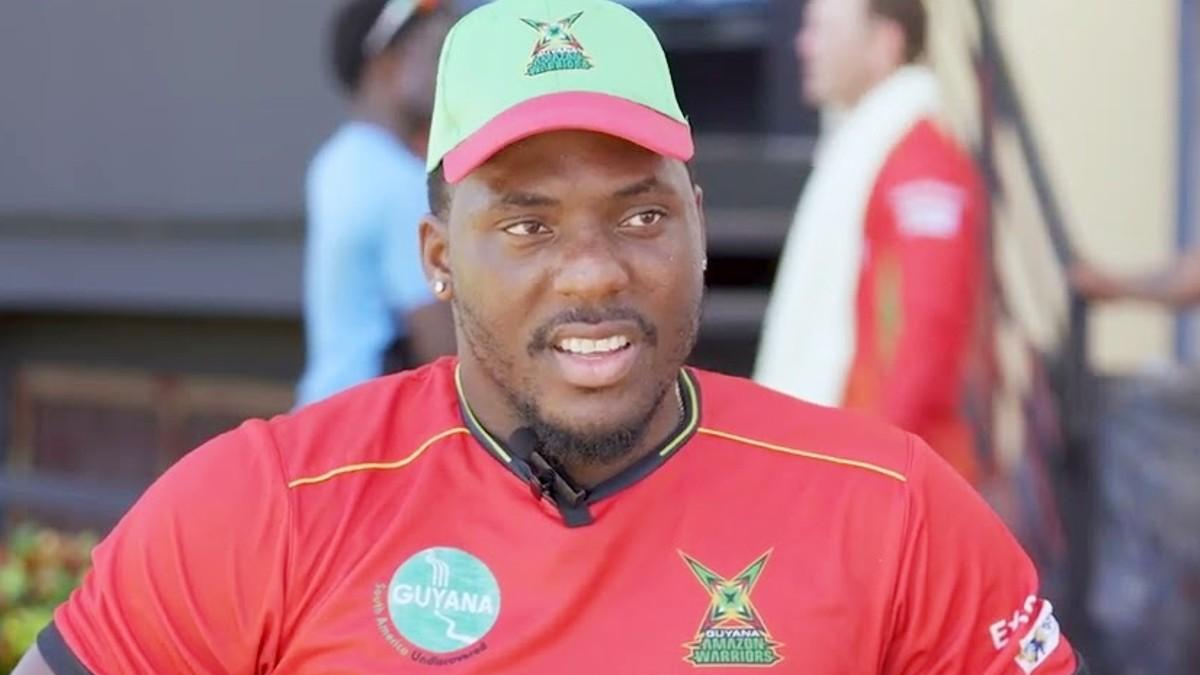 Odean Smith CPL 2022: All the teams have made their preparations even before the T20 World Cup to be held next month. Almost all the teams have also been announced. Meanwhile, West Indies’ star all-rounder Odin Smith has also shown his mettle.

Odin is currently playing in the Caribbean Premier League (CPL). During this, he showed his batting skills and hit 5 sixes in a single over. Playing for the Guyana Amazon Warriors, Smith played this innings against the Jamaica Tallawahs.

5 sixes in the over of Pretorius

Odin Smith hit 5 sixes in the 18th over during Guyana’s innings. This over was done by South African fast bowler Migal Pretorius. In this, Smith hit two sixes on the first and third balls. The fourth ball was wide. After this, Odin Smith again hit three sixes in three consecutive balls. In this way a total of 31 runs were scored in this over.

In the match, Odin Smith, batting at number 8, scored 42 runs in 16 balls. During this he scored a total of 6 sixes. Odin’s strike rate was 262.50. Thanks to this innings, the Guyana team scored 178 runs for 8 wickets. Shai Hope also played an innings of 60 runs.

In response to the target of 179 runs, the Jamaica team was bundled out on 166 runs. After batting, Odin Smith also showed Jauhar in bowling and bowled 1.5 overs. During this, Smith took 2 important wickets for 26 runs. In this way, Odin Smith won the Guyana team by 12 runs with his all-rounder game.

After this all-rounder innings, Odin Smith was selected for the player of the match. Brandon King scored a century for the Jamaica team. He scored 104 runs in 66 balls, but could not win the team. In his innings, King hit 7 sixes and 8 fours. His strike rate was 157.57. Smith’s 5 sixes overshadowed Brandon King’s century.

Maja Ma Trailer: The future of a son shaken by a mother’s past, the trailer of Madhuri Dixit’s ‘Maja Ma’ released