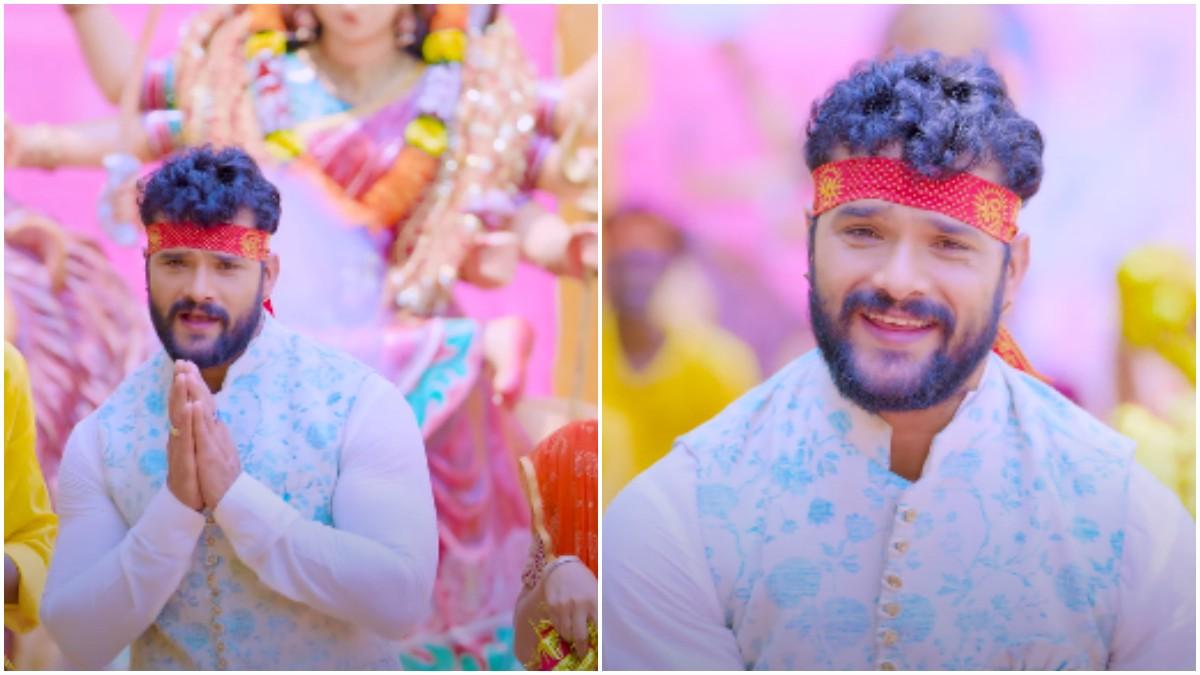 Shardiya Navratri 2022: Bhojpuri songs are not released on the occasion of Navratri, it can never happen. Navratri is going to start from 26 September. Before that, most of the actors of Bhojpuri industry are seen immersed in the devotion of the mother. Khesari Lal Yadav has also released a song on this occasion. Worshiping the mother, Khesari sang ‘Aratiya Dhartiya Pa Hota’ in such a way that everyone was stunned.

Khesari immersed in mother’s devotion
Khesari Lal Yadav is not called the superstar of Bhojpuri cinema. There is a magic in his acting and voice. That’s why whenever he brings a song, its lyrics reach straight to the heart. Like the latest release song ‘Artiya Dhartiya Pa Hota’ is reaching. In this song, Bhojpuri star Khesari Lal is seen doing devotion to Maa.

The song, which was released before Navratri, has a feel, which the devotees of Maa can feel very well. Khesari sang the Devi song in such a way that it made every devotee happy. This is the reason why the song is trending on YouTube. The song ‘Aaratiya Dharatiya Pa Hota’ by Khesari Lal is being well-liked. Not only this, this song is also trending on YouTube. More than one million views have come on this song in a single day.

Why is the song a hit?
Whenever Khesari Lal Yadav releases a song, he works on it with full dedication. Whether it is a romantic song or a goddess song. The filming of Devi has been done very well. While watching and listening to the song, you will feel as if you are worshiping the Mother Goddess yourself. This song has been sung by Khesari Lal himself. While the lyrics have been written by Pyare Lal Yadav. The music director of the song is Arya Sharma, while it is directed by Anuj Maurya.

Talking about Khesari Lal Yadav’s workfront apart from music videos, these days he is busy shooting for ‘Sangharsh 2’. Meghashree is also going to play the lead role with him in the film.

IND vs AUS Weather Report: India-Australia second match will be washed out by rain today? Know the weather condition in Nagpur