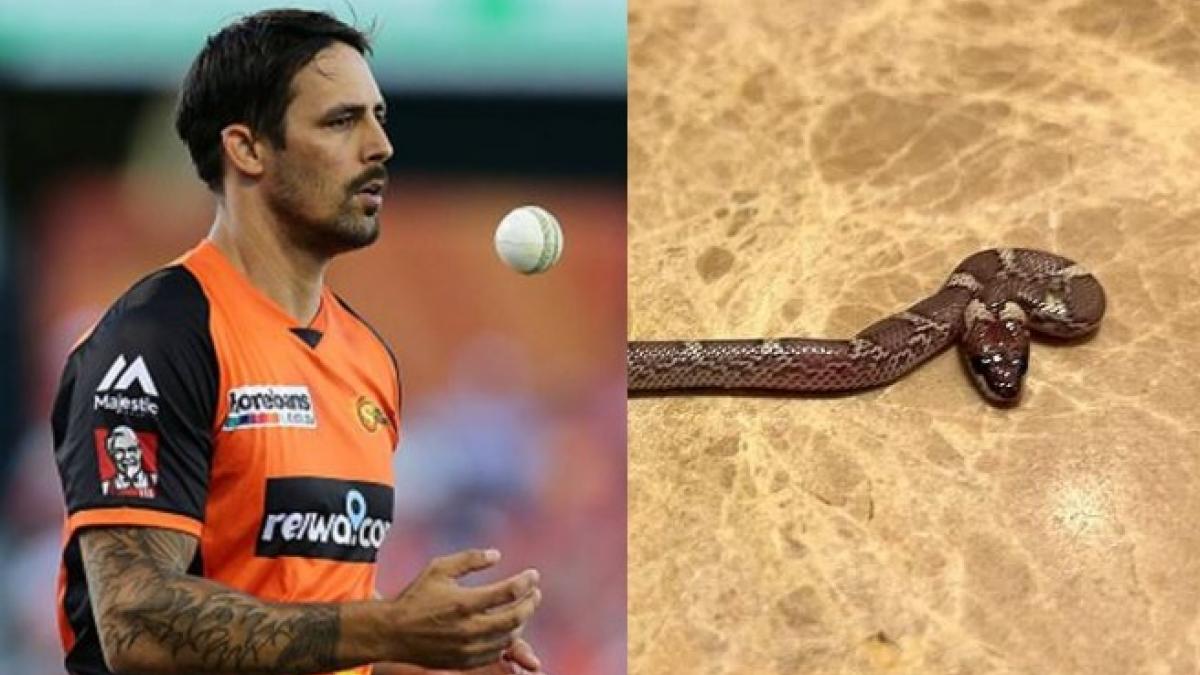 The Australian team, led by Aaron Finch, is on a tour of India to play the T20 series. At the same time, many kangaroos who have taken retirement are also on tour to India to play tournaments like Road Safety World Series and Legends League Cricket. Former fast bowler Mitchell Johnson is also staying in Lucknow to play the Legends League. Johnson is a part of the India Capitals team in this league.

Snake came out in Johnson’s room

Meanwhile, Mitchell Johnson has shared such a picture out of cricket, which people have been surprised to see. Actually, a poisonous snake has been found in Johnson’s hotel room. Sharing the photo of the same snake on his Instagram, Johnson wrote, ‘Anyone knows what type of snake this is?? Just hanging on the door of my room.

After some time, while sharing a close-up photo of that snake, Johnson wrote, ‘A better picture of this snake’s head was found. Still unsure what it really is. Most interesting journey in India so far.

Recently, Johnson talked about India’s prospects in the upcoming World Cup. “When it comes to the World Cup, you just enjoy the moment,” Johnson said. You need to focus, they are all big games. Indians are used to playing big matches with a lot of pressure in front of the crowd because of the IPL. I think Asia Cup performance will be in his focus.

Johnson raised questions on the selection of Team IND

Johnson made a lot of headlines with his bowling in the match against Gujarat Giants on 17 September. In that match, Johnson took the wicket of Gujarat Giants captain Virender Sehwag, who could score only 6 runs. However, Gujarat Giants got the victory in the match. In the match, India Capitals scored 179 for 7 in 20 overs thanks to Ashley Nurse’s brilliant 103. In response, Sehwag team achieved this target by losing 7 wickets in 18.4 overs. Kevin O’Brien of Gujarat Giants played an unmatched innings of 106 runs.