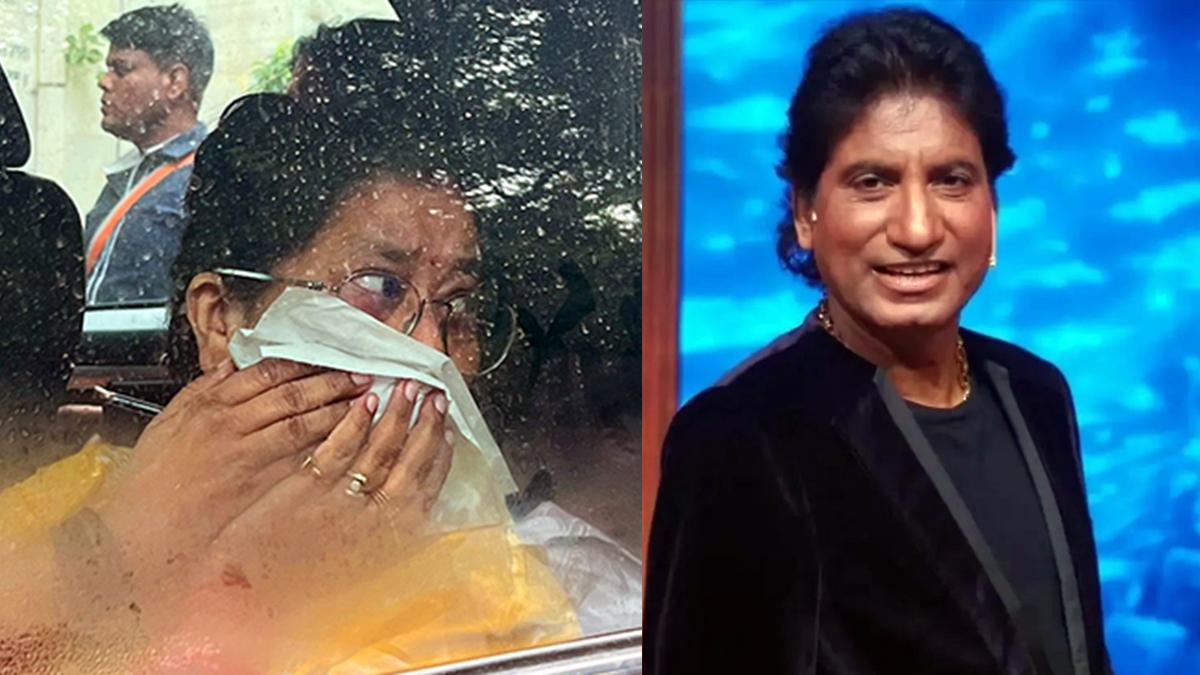 The relationship of husband and wife lasts for seven births. If any one leaves along in the middle of the journey, then there can be no greater sorrow than this. Raju Srivastava’s wife Shikha is also going through this difficult phase. Everyone is shocked by the death of Raju Srivastava, but if anyone is hurt the most by the death of the comedian, it is his wife Shikha. Raju’s death has broken his wife.

Raju’s wife reached the ghat, tears in her eyes

The picture of Raju’s wife has surfaced. In the photo you can see that the sorrow of losing Raju is clearly visible on Shikha’s face. Seeing tears in the eyes of Raju’s wife and despair on her face can break anyone’s heart. The pair of Raju and Shikha, who splashed their lives on each other, is broken. With the departure of Raju, his wife has become lonely. But fate may have approved it.

Talking about the death of Raju, his wife had said on the previous day – I am not in a condition to talk right now. What can I say now? He fought a lot. I was praying and I was hoping that he would come out of it. But this could not happen. All I can say is that he was a true fighter.

Raju was in love with his wife
Raju Srivastava loved his wife unrelentingly. The love story of both was no less than the story of a film. Raju had waited a long time for about 12 years to win the heart of his wife. Actually, Raju had seen his wife for the first time in his brother’s marriage and was heartbroken on seeing it. He had decided then that if he would marry, he would do it only with Shikha. Raju himself could not dare to express love, so the relationship was sent through the family members. Then in this way Raju’s love story was completed and in 1993 he got married to Shikha. But now the pair of these two lovers broke up. After Raju’s departure, Shikha has become lonely.

Raju Srivastava was admitted to AIIMS in Delhi on August 10 after a cardiac arrest. Since then Raju was admitted in the hospital. In between, the news of his health improving also came to the fore. The fans including Raju’s family also hoped that Raju would be fine, but it did not happen. On September 21, Raju died in AIIMS. Raju, who made everyone laugh, left everyone crying.