Migration tensions are growing between Greece and Turkey 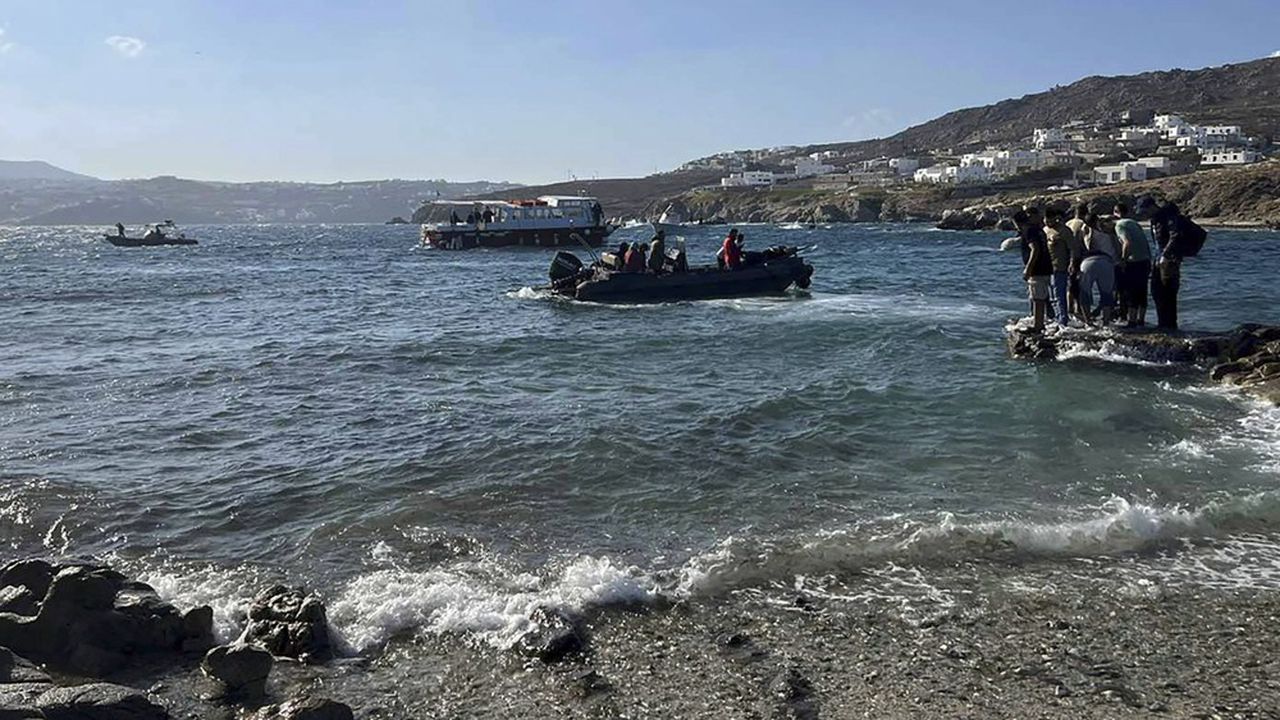 On Sunday June 19, the Greek coast guard intervened in the Cyclades to rescue around a hundred migrants from Turkey, shipwrecked off the island of Delos. The Greek Minister for Migrations, Notis Mitarachi, then reacted in a message addressed to the Turkish Minister of the Interior: “Turkey can do better, by working with Europe and Greece to protect human lives and eradicate the networks of smugglers “. Athens regularly accuses Turkey of not preventing departures from its coasts, in violation of the migration agreement concluded in 2016 with the European Union.

8 migrants missing & 104 rescued in Cyclades from a sailing boat that left Turkish shores for Europe. 🇹🇷 can do a better job, working with 🇪🇺 & 🇬🇷 to protect human lives & eradicate smuggling networks, in line with international law and the 🇹🇷🇪🇺 2016 statement @suleymansoylu pic.twitter.com/bJ2p4jDUmP

But Ankara refutes these criticisms, ensuring that it watches day and night to prevent attempts to cross to Europe by migrants on its territory, estimated between 4 and 5 million according to estimates. In a statement published the day after Notis Mitarachi’s statements, the Turkish Coast Guard Command claims to have saved the lives of nearly 34,000 migrants pushed back to sea by Greece in 1,295 incidents since 2020. During these pushbacks, the refugees who entered Greek waters do not have the opportunity to submit an asylum application and are deported outside any legal framework. This policy notably contravenes the European Convention on Human Rights.

Immigration: at the borders of Europe, the impossible mission of the Frontex agency

The practice is now “systematic” on the part of Greece, according to Tommy Olsen, the founder of the NGO Aegean Boat Report which lists these incidents and assists exiles: “The Greek authorities talk about the number of people they have prevented from entering Greece. And how do they prevent access to Greek territorial waters? The Greeks stop the boats. They destroy the engine. Then they leave them adrift after making sure that the wind carries them in the direction of Turkey. Sometimes, even while the migrants are on land, they are apprehended by the police, placed in life rafts and returned. »

Muhammed, a Palestinian from Gaza in his thirties, was pushed back to the Turkish coast on June 16 by the Greek coast guard off the island of Samos. He testified to the violence of the operation: “They took the money, the telephones, they laid us face down on their boat, our foreheads against the floor, for 3 hours, and they beat us. One of his companions shows a long bloody gash on his ribs. Muhammed has tears in his eyes as he recalls the scene: “The Greeks told us that we were monkeys and not humans. »

Lawyer defending migrants on the Greek island of Samos, Dimitris Choulis confirms the regularity of these pushbacks: “At the moment, it’s almost daily: when the authorities are sure that there are no witnesses, they push back migrant boats. It’s hard to prove, but when migrants overcome their fear and speak out, we file complaints. “On April 7, Council of Europe Human Rights Commissioner considered that it was “urgent to put an end to push-backs at Europe’s borders”. The Greek authorities still ensure that they do not practice these refoulements.

For two years now, the Greek government, supported in its coastal management operations by the European coastguard agency Frontex, has been under pressure from NGOs and the European Commission to better protect the fundamental rights of migrants. Investigations were carried out by the European Parliament and Olaf, an internal body of the Union, without it being possible to formally establish that these refoulements took place in a systematic manner. These accusations, however, led to the resignation of Frontex director Patrice Leggeri, who underlined the schizophrenia of his mission, torn between protecting Europe’s common borders and respecting the rights of migrants.

The medical world is baffled! A baby tailed was born in Mexico

The fugitives, whom they thought they were Syrians and kicked and slapped, Hypocritical act from Greece, who turned out to be FETO!