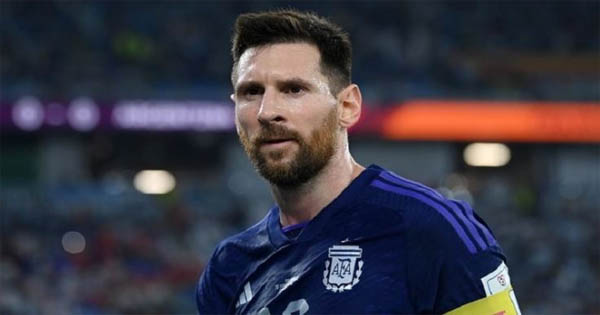 Sports Update Desk: Mexican boxer Canelo Alvarez accused Lionel Messi of insulting his country’s jersey and flag. He claims Messi insulted Mexico’s jersey and flag while cheering for victory, ‘by tapping his foot.’ There has been quite a stir about him.

Lionel Messi also faced questions about the jersey humiliation after the match-winner against Poland. And in response to that question, Messi said clearly, he will not ask for forgiveness.

Lionel Messi said: ‘It was a misunderstanding. Those who know me know that I do not disrespect anyone. This was what happened in the dressing room after the match that day. I cannot apologize because I did not disrespect the people of Mexico or their jersey.’

Meanwhile, Boxer Canelo faced the wrath of football lovers in the country and outside the country by threatening Messi. After realizing his mistake, the 32-year-old Mexican boxer apologized to Lionel Messi in a tweet.

In it, Canelo wrote, “The last few days I felt love and passion for my country and made a comment that went viral.” I apologize to Messi and Argentina for my mistake. Every day we learn something new. This time I also learned something new.

Later, he told the media, ‘What was seen in the video is nothing unusual. That’s what happens in a football dressing room. Apart from that, Messi’s affair is completely unintentional.’