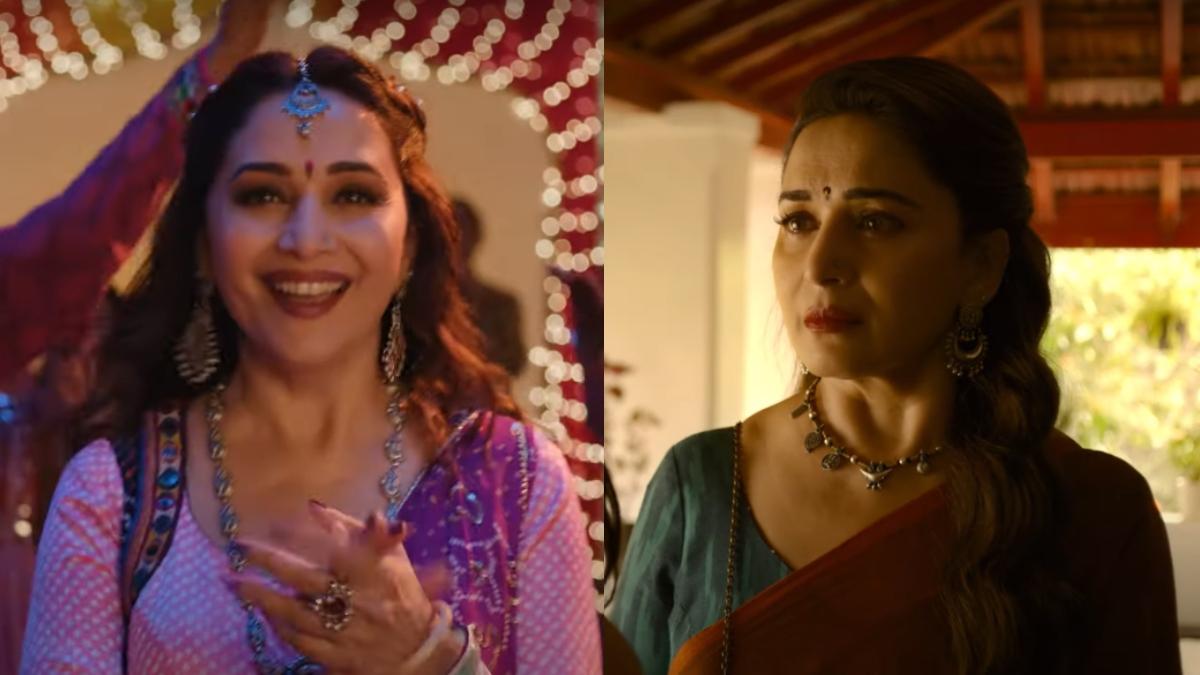 Maja Ma Trailer: The future of a son shaken by a mother’s past, the trailer of Madhuri Dixit’s ‘Maja Ma’ released

The trailer of Amazon Prime Video’s first Indian Original Movie Mazama Ma has been launched. In this Bollywood dance queen Madhuri Dixit is going to be seen in the avatar of a complex and fearless mother. The story of the film is based on the life of a happy lady Pallavi Patel (Madhuri Dixit). Pallavi was very happy in her life and was preparing to get her son married, when a rumor and a video of her rocked things.

What’s special in the trailer?

In the trailer, you get a glimpse of the life of Pallavi Patel (Madhuri Dixit). Pallavi lives with her middle-class family. His son considers him perfect. Her husband does not know English and according to the son, Pallavi’s daughter is Panauti. The society in which she lives is her strength. As the story progresses. Pallavi’s life, which she has cherished with so much love, begins to fall apart. This puts her son’s engagement in danger. What’s in the video? How will Pallavi and her family deal with this turmoil? Will it bring family members closer or break new relationships? That will be the thing to see in the film.

Gajraj Rao, Ritwik Bhowmik, Barkha Singh, Srishti Srivastava, Rajit Kapoor, Simone Singh, Sheeba Chadha, Malhar Thakar and Ninad Kamat have worked with Madhuri Dixit in the film Majma Ma. It is a film full of laughter and love. But at the same time it is going to force you to eat gram. It is produced by Media Collective and Amritpal Singh Bindra. Whereas Anand Tiwari has directed it. Maja Ma will premiere exclusively on Amazon Prime Video in India and 240 countries and territories from 6 October.

Would not have seen this form of Madhuri before

Elaborating on the film, actress Madhuri Dixit said, “I am thrilled to be a part of Prime Video’s first Indian Amazon Original Movie. In Maza Ma, what I am most excited about is my character. That in itself. It is a complex role with nuances. I have never played a character like this before. As a mother, as a wife and as a contributor to the society, Pallavi Patel takes up a huge responsibility with such ease and beauty that It’s easy to overlook her strength, conviction and ability to stand up again. She goes through a range of emotions that can have a profound impact on her life and that of her loved ones.

He further said, “I am very excited to share this film with my fans and audience. It has been a lovely experience working with the cast and crew of the film. Prime Video is bringing fun to audiences around the world. I am excited about this. This piece of our heart, our hard work, will get the love of the audience in every corner of the world.

Rithvik will be seen in the role of son

Rithvik Bhowmik, who plays Madhuri’s character Pallavi’s son, said, “I am playing the role of a Mamma’s Boy in the film. And how can I not when Mama is such a beautiful and lovely Madhuri Dixit herself. Tejas is a serious guy who wants to get things done. He is still searching for himself, going beyond his ambitions.

This character is very special for me as it is my first film. This is my third outing on Prime Video. I am working with director Anand Tiwari for the third time in Maja Ma. He brings out the best in us in the most effortless way. I am thrilled to be sharing screen space with so many talented actors from the industry. The experience we got during the making of this film will stay with me forever. Had such a great time on the sets with a big happy family I have told.