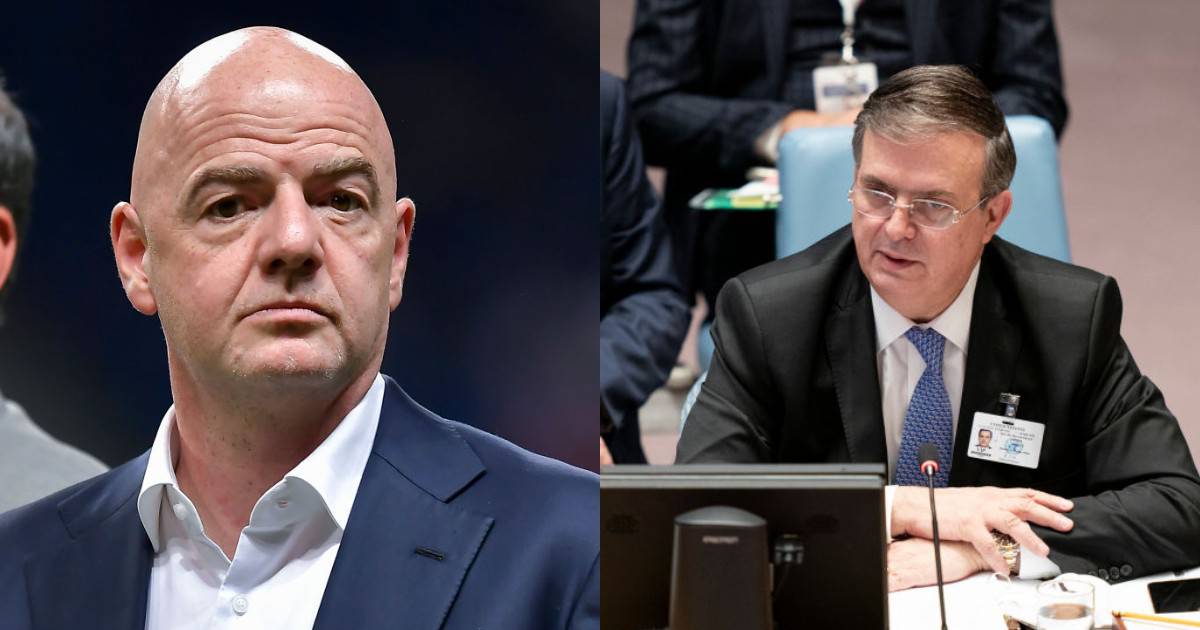 Looking to 2026? Marcelo Ebrad meets with the FIFA president

Marcelo Ebrad surprised all soccer fans after he had a meeting with Gianni Infantino, president of FIFA.

During his visit to the United Nations Organization to participate in the UN Security Council, and boasted the meeting with the senior manager of the highest soccer body.

Through his social networks, the Secretary of Foreign Affairs showed an official ball of the Qatar World Cup 2022, where it has his name.

“But you have to return it, because we’re going to play with it,” Infantino said, with a laugh.

It should be remembered that Mexico will host the 2026 World Cup, along with the United States and Canada, a situation that would explain this meeting between the politician and the manager.

Marcelo Ebrad participated in the Security Council, where he called for peace between the nations of Ukraine and Russia.

In his social networks, he also boasted about his meeting with the Indian foreign minister, Subrahmanyam Jaishankar; with the Minister of Palestine, Mohammad Shtayeh; with the Haitian minister Jean actor Genéus, among other representatives.

The United States allocates US$7 billion to clean hydrogen networks