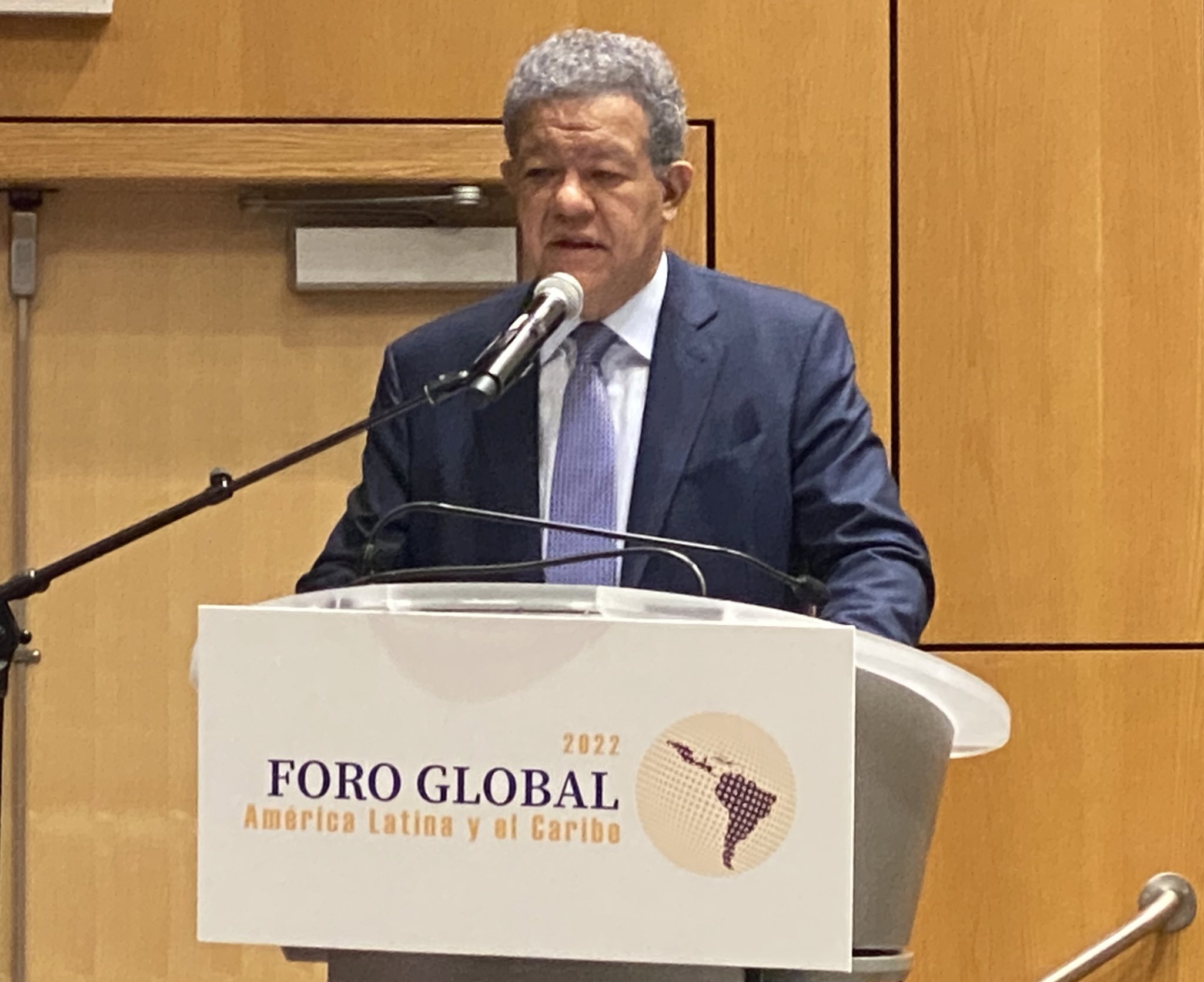 The former president of the Dominican Republic and current president of the Global Foundation for Democracy and Development (Funglode), Leonel Fernández, said Thursday that both Latin America and the Caribbean face great challenges in the current global crisis.

For Fernández, the world is “in a bad cycle” and “the picture that is painted in Latin America is gloomy, gloomy,” he commented at the Global Forum of Latin America and the Caribbean held at Fordham University, in New York , within the framework of the United Nations General Assembly.

According to Leonel Fernández, the first great task of Latin America and the Caribbean is to achieve regional integration and face the crisis together.

“The crisis must force us, regardless of political ideologies, to find a way to create a Latin American unity that allows us to have common tasks in what has to do with trade, with finances, with infrastructure developments, with education, with issues related to health, social security, the environment and climate change,” he assured.

Fernández also spoke of the importance of innovation to deal with the current economic situation.

“We must innovate in everything and I believe that alliances could be made between governments, universities and business groups in order to create business incubators in universities that present business plans with initial funds from governments to make possible the emergence of these companies and create market niches for new generations that are eager to join the labor market,” said the former president.

Regarding the migrations that the region is suffering, the former president commented that it is essential to re-create growth, opportunities, employment and reduce poverty.

“In the period 2003-2013, which has been described as the golden decade in Latin America due to the great economic growth we had, there was almost no migration and if all of the above is achieved, the migration problem would be reduced or practically disappeared,” Fernandez said.

The former Dominican president was also positive and said he was “sure that with collective intelligence we can find the ideas that allow us to get out of this quagmire.”

Latin America will show off its energy security at Energy Week