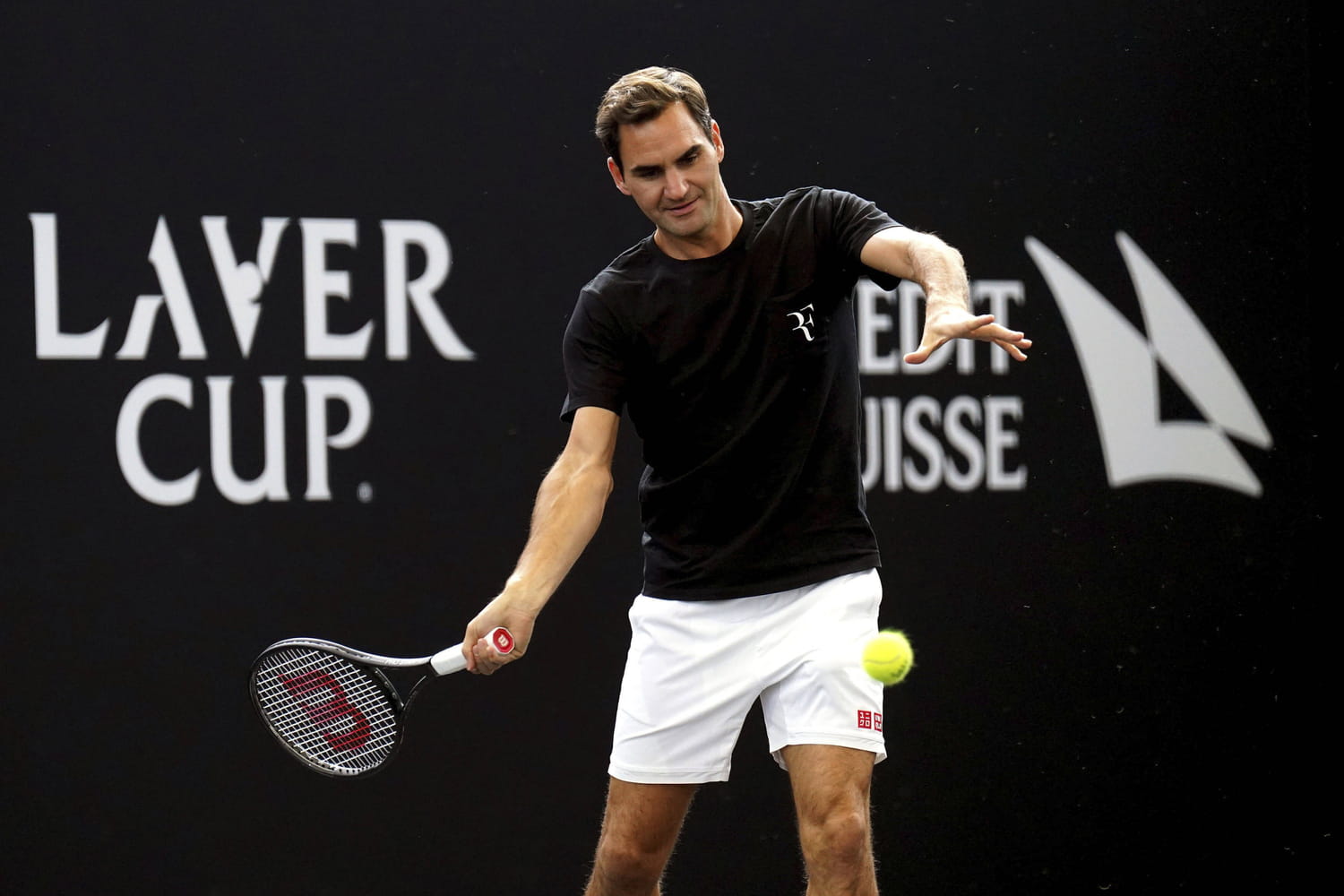 The last ATP tournament of Roger Federer’s career begins this Friday with the Laver Cup which brings together a large part of the best players on the planet (Djokovic, Nadal, Auger Aliassime, Tsitsipas…). Asked during the pre-tournament press conference, the Swiss confirmed that he could not play the singles during this tournament, but that he would be present for the doubles on Friday evening. “I was worried about the rules of the tournament (which requires players to play at least one single and one double at the Laver Cup). It’s an ATP tournament, I don’t want to do anything. discussed with Bjorn (Borg) who agreed that I only played a doubles on Friday. We’ll see who I would play with. I’m nervous, I haven’t played for a long time.” Federer took the opportunity to confirm that Mattéo Berrettini will replace him on Saturday and Sunday.

But with whom Roger Federer will play his last official match? Asked about this, the former world number 1 hoped to be aligned with a certain Rafael Nadal. “It would be an absolute dream, he said. I think I manage to play at an acceptable level but it’s been a long time since I’ve had a real match, it’s going to play hard and the pressure will be strong. But if I don’t play, it won’t be a problem. The main thing is that I can thank the fans and that they can see me.” A dream achieved since the organization of the Laver Cup announced Thursday, September 22 that he would play well in doubles with Rafael Nadal against the pair Sock / Tiafoe in the second rotation during the night session.

The Laver Cup 2022 is the fifth edition of the tournament which pits Europe against the rest of the world. This year, the selected players will compete in the Laver Cup of the Friday 23 to Sunday 25 September 2022.

Where is the Laver Cup 2022 taking place?

If the 2021 edition of the Laver Cup took place at TD Garden in Boston (USA), the 2022 Laver Cup will take place atLondon O2 Arena (England). The editions take place alternately in Europe and in the rest of the world.

Which players are participating in the Laver Cup?

During the Laver Cup, twelve players (six per team) from Europe and the rest of the world are selected by the captains Bjorn Borg (Europe) and John McEnroe (rest of the world). For the 2022 edition, Rafael Nadal, Andy Murray, Novak Djokovic and Roger Federer will be present on the European side while for the rest of the world, Félix Auger-Aliassime, Diego Schwartzman and Taylor Fritz have been chosen.

Which teams are in the Laver Cup?

During the Laver Cup, two teams compete: Europe and the rest of the world.

What is the Laver Cup?

A sort of tennis Ryder Cup, the Laver Cup is a clash between Europe and the rest of the world. Its name refers to tennis legend, Rod Laver. The Laver Cup 2022 is the fifth edition. Each team is made up of six players, two of whom are chosen by the captain (Bjorn Borg for Europe and John McEnroe for the rest of the world), the other four players qualify by their ATP ranking.

On the program of the Laver Cup: three singles matches and one doubles match over three days. If the matches of the first day are worth 1 point, those of the second day 2 points and those of the third day 3 points. The meetings take place in 2 sets with, possibly, a long tie-break of 10 points in the event of equality. The first team to score 13 points out of a possible 24 is declared the winner. In the event of a tie at 12-12, the teams decide after a decisive doubles match in one set.

During the Laver Cup, each player is obliged to play at least one singles match during the first 2 days and a player cannot play more than 2 times, in singles, during the 3 days. For doubles matches, at least 4 players per team must play and a pair can only be selected once (except in case of 12-12).

On the Laver Cup list, Europe won the first four editions (2020 was canceled due to the Covid-19 pandemic).

Which channel broadcasts the Laver Cup?

What is the schedule for the Laver Cup?

During the three-day competition, the six players selected by the captains (Bjorn Borg for Europe and John McEnroe for the rest of the world) compete in singles and doubles matches. Here is the schedule for the Laver Cup 2022: