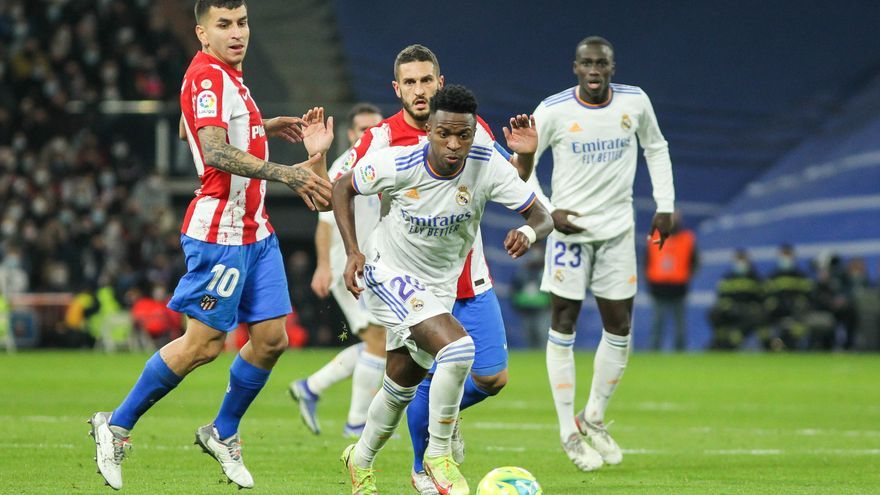 The Movement Against Intolerance filed a complaint this Monday with the Hate Crimes Prosecutor for the “racist campaign” suffered by the Real Madrid striker Vinicius Junior “in social networks, the media and in the surroundings of the Cívitas Metropolitano”.

In a week marked by the unanimous condemnation of the soccer world of the racist insults received by the Brazilian, several ultra fans gathered in the outskirts of the Metropolitan before this Sunday’s derby between Atlético de Madrid and Real Madrid and they sang songs like ‘Vinicius, you’re a monkey’.

“No football debate, whatever it may be, about celebrations surrounding a goal or any other, justifies the commission of a set of illicit acts that involve racist and xenophobic hate speech and crimes, in the networks, media, surrounding or inside a playing field. These facts make this soccer player a victim of racism, xenophobia and intolerance,” explains Movement Against Intolerance.

For this reason, he urges the Hate Crimes Prosecutor’s Office to “intervene”. “The Penal Code expressly prohibits demonstrations that are held in order to commit a crime and sanctions its promoters or directors,” he stresses.

In addition, Movement against Intolerance has also sent a letter to the Secretary of State for Sport, reminding him that racist, xenophobic and intolerant acts are prohibited behaviors and sanctioned by the Law on Sports and asks that they be addressed by the State Commission against Violence, Racism, Xenophobia and Intolerance, adopting “the sanction measures provided for in LawY”.

In his letter, he also states that “The Observatory of Violence, Racism, Xenophobia and Intolerance in Sport” is still not convened, depending on the Higher Sports Council (CSD), “in a context where manifestations of racism and intolerance towards players from different teams are on the rise soccer”.

Three goals in Nepal’s net, Sabinara is on the verge of making history