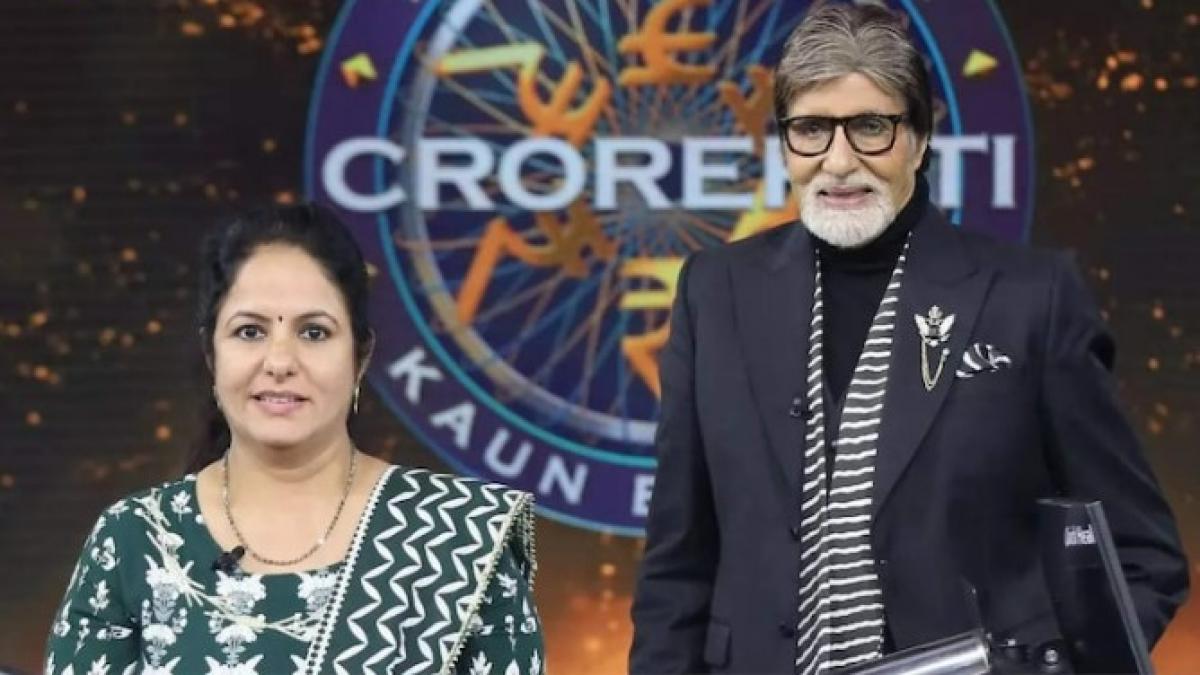 Kavita stuck on the question of sports, could not win 7.5 crores because of this cricketer!

Kaun Banega Crorepati Season 14 has got its first Crorepati. Kavita Chawla of Maharashtra has won an amount of 1 crore by playing a great game. This is a big victory for Kavita. The hard work and diligence with which Kavita maintained her passion for studies in 12th pass deserves praise. Kavita has set an example with the historic victory on the stage of KBC.

What did Kavita say when she could not answer the last question?
Kavita Chawla won 1 crore but she could not answer the question of 7.5 crores. Kavita missed out on winning an amount of 7.5 crores. On not answering the last question, Kavita Chawla spoke to Aaj Tak.in and told why she did not take the risk. Kavita says – The final question was on men’s cricket. The question related to Gundappa Vishwanath was that against which team he had scored a double century. To which I could not answer. I have never been interested in cricket. That’s why I didn’t regret that I was leaving this question. Rather I would say that I was satisfied with the fact that even if I wanted to, I could not take the risk for this question. It was a question of which no one knew.

The answer to the question of 7.5 crores was not given, yet Kavita is happy
Kavita says- For the first time in the history of KBC, the question of seven crore fifty lakhs has come up for me. Earlier questions were asked for only up to Rs 7 crore. I am very happy that the whole world will see me facing that question. Although I could not win but still I am happy.

The question was – Against which team did Gundappa Viswanath, the first Indian to score a double century on his first-class debut, achieve this feat?
A-Services
B- Andhra
C- Maharashtra
D- Saurashtra
The correct answer was Andhra. On this question, Kavita decided to quit the game.

Kavita’s journey to win 1 crore has been tough. In this journey, he came across such questions many times which confused the poem, but he used his understanding and selected the right answer. The knowledge of poetry not only impressed the audience but also Amitabh Bachchan. It was Kavita’s insistence on winning 1 crore, which inspired her to become a millionaire. Kavita Chawla is trending on social media. People are appreciating his victory.

There has been a lot of struggle in her journey to reach where Kavita Chawla is today. His journey which started with Rs 20 has made him a millionaire today. He started seeing the dream of coming on KBC in 2000. After about 22 years, his wait ended after coming on the stage of KBC. And see, they have also got a very sweet fruit for this wait.

Congratulations to Kavita Chawla on becoming a millionaire.

Rebeca Landa makes history in the NFL Titans vs. Bills