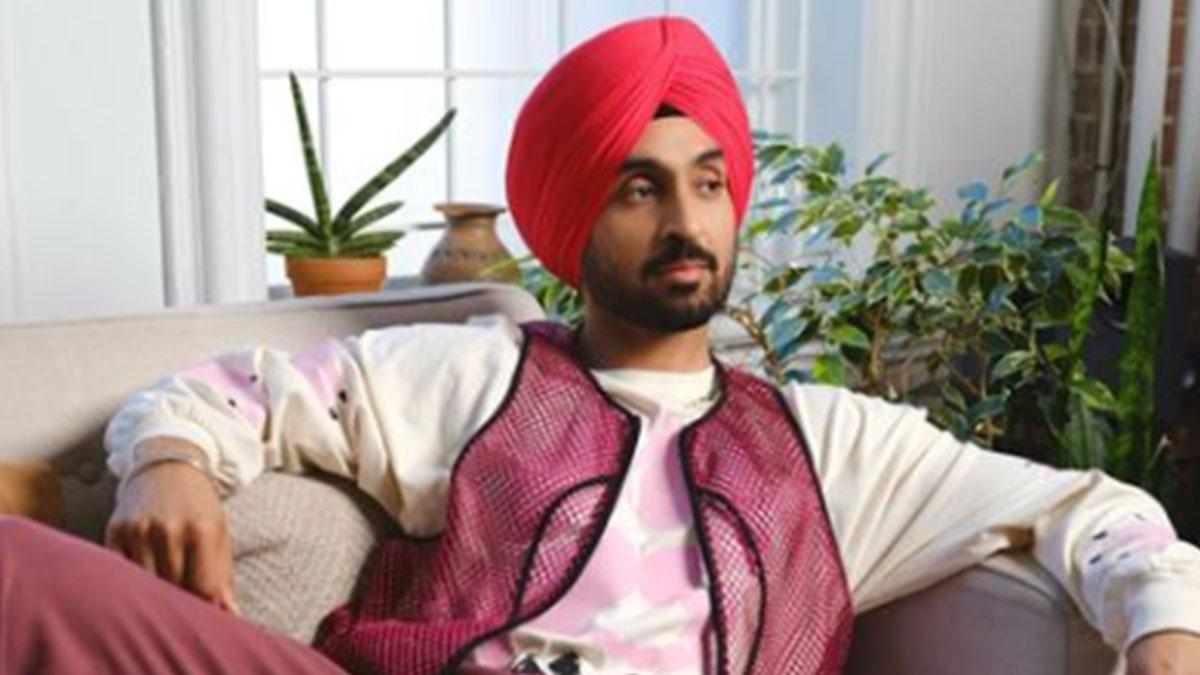 Actor Diljit Dosanjh is in a lot of discussion for his styling. Millions of views come on one of his posts on Instagram. Not only this, Diljit Dosanjh is one of the hit actors of the Punjabi film industry. Diljit made his debut in the Bollywood industry with the film ‘Udta Punjab’. Diljit shared the screen with Shahid Kapoor, Alia Bhatt and Kareena Kapoor. Along with this, worked in films like ‘Philauri’, ‘Soorma’, ‘Arjun Patiala’, ‘Good News’ and ‘Suraj Pe Mangal Bhari’. Recently, he appeared in the lead role in Ali Abbas Zafar’s film ‘Jogi’. The film is based on the riots of Sardars, but the work that Diljit has done in the film is commendable. Very nice acting.

Diljit’s controversial statement!
Actor Diljit Dosanjh is in the headlines these days. That too because of one of his statements. Actually, Diljit was asked whether he is enjoying his time in the Bollywood industry. He said that the superstar will be at his house. Rest I will remain silent, because controversies will start happening. Just saying this, Diljit has invited many trolls. In a conversation with Anupama Chopra in the film Companion, Diljit said, “I have no desire to become a Bollywood star. I only love my music. I make my own music. No superstar can come and tell me that I am like this.” Music should be made. Or else this song will not work in this way, it will work and fans will like it. These things will not work for me. I am a cool Maula person in my own right. If you look at the Punjabi industry, then there Artists depend on themselves. It is a matter of great pride for all of us. We all feel freedom. I will keep making music as long as I want. As long as God keeps this quality in me. It doesn’t matter whether I get work in Bollywood or not.”

Not only this, Diljit Dosanjh has been seen openly expressing his opinion towards Bollywood and Punjabi industry through interviews from time to time. There are some issues, after reading which you will also feel that Diljit is saying the right thing.

Did Diljit have a good experience in Hindi cinema?
At first Diljit laughed a lot on this question, then said that if I speak about it then it will become a big issue. I feel that I should ignore answering some such questions. Your eyes reveal everything. It is not necessary that we keep our point in words only. And I think filmmaking is a medium where you get lines and you have to speak. You have your face, your expressions and your eyes that reveal everything. This is what you see on the screen as well. I am not crazy about any person. Neither for the actor, nor for the director, not for anyone. Those people will be superstars in their house.

Diljit makes sure one thing in his interviews that whatever he is saying, people listen to him carefully. Diljit is also very cool in terms of comedy. His timing of doing comedy looks absolutely right. Diljit came as a guest along with his friend Badshah in Karan Johar’s chat show ‘Koffee with Karan’. The show was quite tickling for the audience. The audience thought that Diljit would be very calm, but the opposite happened. Diljit had told in this show that when he used to go to the Gurudwara as a child, the only prayer he used to pray was that God should not know me, everyone should know me. After this Diljit expressed his love for American celebrity Kylie Jenner, to the fascination. He spoke openly on his old relationship, tried to tickle Badshah and Karan Johar a lot with his one-liners.

Diljit had told that there is only one drawback in him, he does not know English. Diljit had confessed this in an interview with Anupama Chopra. Diljit also said that many people will not say this in the interview, because people can see his interview later, can talk about it. But I am an outspoken person. What I don’t know, I adopt. Yes, it is absolutely necessary that if I had come to English, I would have been more successful in life.

Diljit made this disclosure about Karan Johar’s production house
Diljit had said in the interview that once he was offered a film by Karan Johar’s Dharma Productions, but later that role was given to someone else. Later, Diljit did the film ‘Good Newwz’ with Karan Johar’s production house. Diljit had told in this regard that I did not think that these people would give the film. I didn’t want to go. He did not even audition for the film. And if I had asked for an audition, I would not have done it. Because when I was not given the first film, I did not want to go. Dharma gave the film without taking my audition. Had he told me about the audition, I would have turned down the offer.

Diljit does not attend any Bollywood party
Showbiz gives a star a lot of limelight. This also makes the person popular. Singer-actor Diljit believes that he is a very different kind of person. Diljit had said in an interview to BBC that he is not addicted to anything. He doesn’t smoke, doesn’t drink. Do not take drugs. He speaks Gurbani to make himself feel refreshed. He likes to do this while taking a bath in the morning.

Recalling the early days, Diljit said that earlier people had many things about Sikhism. When Diljit thought of entering Punjabi films, people said that he would not be successful. That’s why Sikhs are. A Sardar cannot be seen in films. Neither can the film. But Diljit did a film. She got hit. And then more Sikh people started appearing in films. He started getting offered roles. For Hindi projects, Diljit had to hear many times that he was a Sardar, could not take him. Hindi people will not like it. He is right for Punjabi cinema. And look, I got an offer again from a Hindi movie. There has been a lot of discrimination between Punjabi and Hindi film industry.

diljit upcoming comedy movie
Diljit Dosanjh is going to be seen as a lead actor in the comedy film ‘Babe Bhangra Ponde Ne’. The trailer of the film has been released, in which Diljit’s brilliant comedy timing has been seen. Diljit belongs to a middle class family and he wants to become famous overnight. First, he goes to a company with an offer to sell ‘Galaxy Trunks’. Then later he thinks of adopting a rich ‘father’, so that after his death, he can get his insurance money and he becomes rich overnight. This is where the roller-coaster ride begins. The ‘father’ whom Diljit adopts in the film, his health starts deteriorating and gradually the challenges start coming to the fore. When the trailer of the film is making such a funny sound, then the film is also made to be seen.