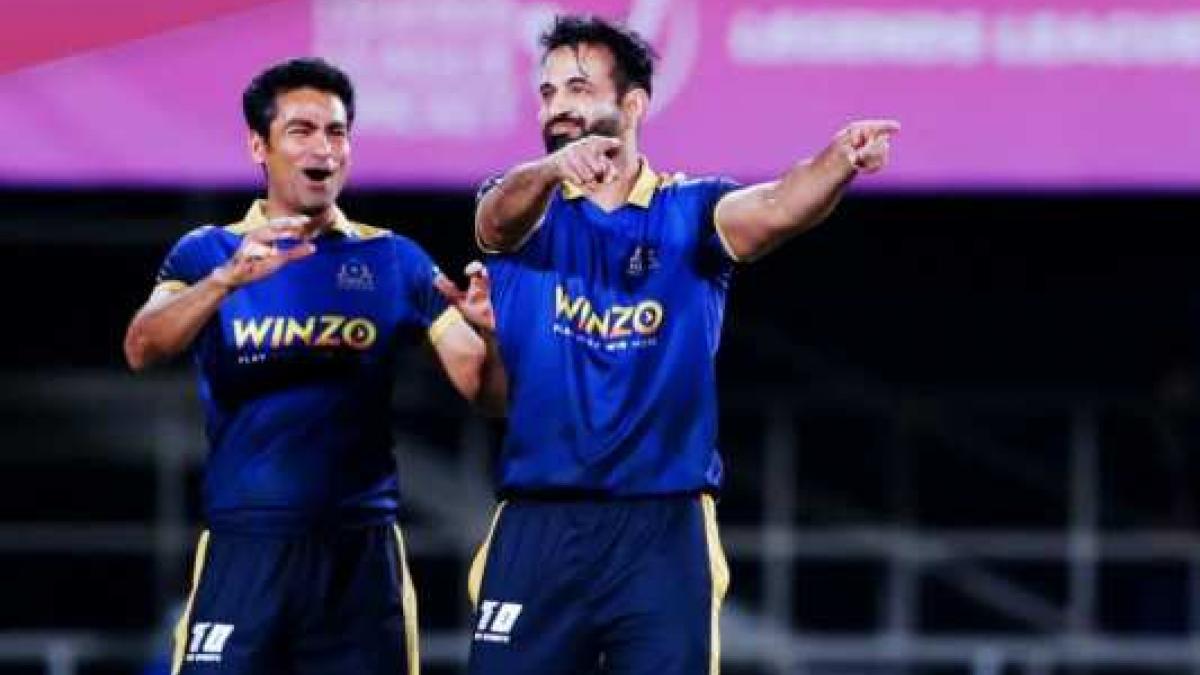 Former India cricketer Mohammad Kaif was counted among the best fielders in the world. It was rarely seen that when he was fielding on the covers and the ball passed in front of him. Kaif was adept at playing brilliant innings with the bat as well. Who can forget Kaif’s scintillating innings in the 2002 NatWest Series final when he scored an unbeaten half-century to help the Indian team win.

Kaif bowled for the Maharaja of India

But few people know that Kaif also knows how to bowl. During the ongoing Legends League cricket match between India Maharaja and World Giants, Kaif got a chance to bowl as pacer Ashok Dinda was unable to bowl the remaining four balls of the over due to injury. Taking advantage of the opportunity given in the bowling, Kaif got World Giants batsman Thisara Perera caught at short third man on his second ball.

Mohammad Kaif looked very happy after taking the wicket and shared the wicket-taking video on Twitter. Tagging Sourav Ganguly in the caption of this video, Kaif wrote, ‘Watch all-rounder Mohammad Kaif’s drift, flight and turn please. Dada, don’t you think you missed the trick?’ This video of Mohammad Kaif is becoming quite viral on social media.

Batting first after winning the toss in that match, the World Giants team scored 170 runs for eight wickets. Kevin O’Brien and Hamilton Masakadza got off to a great start with a 50-run partnership. Masakadza contributed 18 runs off 15 balls. At the same time, Kevin O’Brien played a stormy innings of 52 runs in 31 balls. While Ramdin made an unbeaten 42 and Perera contributed 23 runs. Pankaj Singh dismissed 5 players for 25 runs from India Maharaja. On the other hand, captain Harbhajan Singh, Joginder Sharma and Mohammad Kaif got 1-1 success.

In reply, India Maharaja achieved the target by losing four wickets. Yusuf Pathan and Tanmay Srivastava were the heroes of India Maharaja’s victory. Both the players played brilliant half-centuries. Tanmay scored 54 runs in 39 balls, which included eight fours and a six. On the other hand, Yusuf Pathan played an unbeaten 50 not out facing 35 balls. Yusuf Pathan hit five fours and three sixes in his innings.