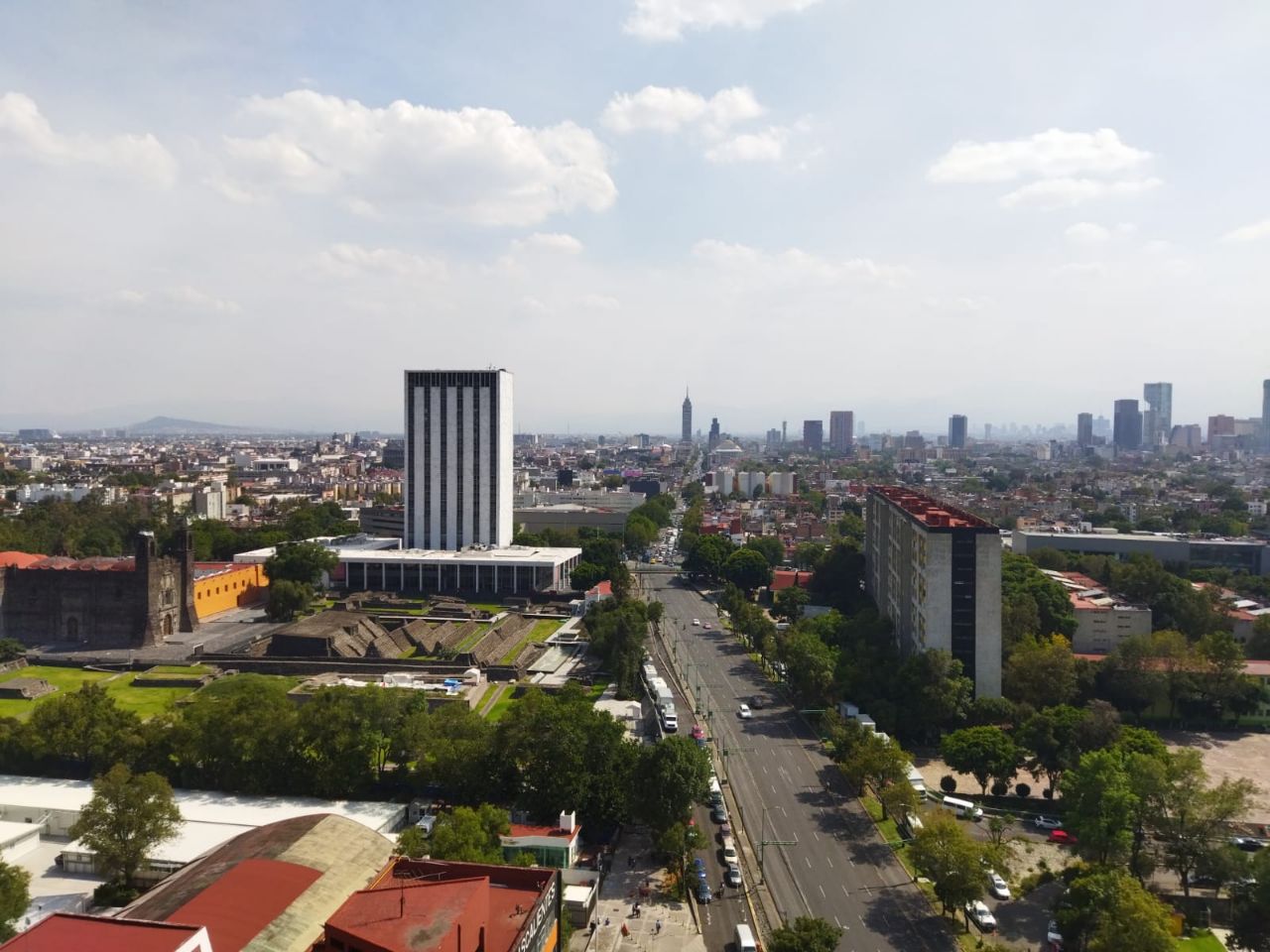 Four Dominicans get into a white car. “Put on your seatbelt and we’re leaving,” orders the driver and the vehicle starts moving away from the Frida Kahlo museum in Coyoacán, Mexico.

Carlos is a taxi driver in Mexico City. He has been moving passengers from one point to another for 600 Mexican pesos (US$29.8) on average for 32 years. To date, US$1 is equivalent to 20.1 Mexican pesos.

He says he has a family of four. He became the breadwinner for his family while his wife remains at home. To “earn a living” as he says, he has had to stay away from home until midnight, since he affirms that being a hard-working man requires sacrifice and more so when “things are worse and the Government does not help us.”

He indicated that the subway moves an average of three million people daily in the capital, at a cost of five pesos. This means that the Mexican State receives 15 million Mexican pesos every day for the mobilization of passers-by.

When asked about access to public health, he replied: —Mande, we pay fifty pesos to check up (medical consultations), but we can’t find the medicines… Dr. Simi’s generics are cheap.

“Don, is things difficult?” I see many signs looking for jobs,” asks the Dominican with short hair and sunglasses.

We are highly subsidized. Electricity is not expensive, many people don’t pay for water and they hang themselves,” he revealed as he speeds up the car and leaves the center of the city behind.

“Ah! It’s the same as in Santo Domingo,” commented the co-pilot checking his cell phone.

“Yes, I think it’s a Latin American disease,” said Carlos, without taking his eyes off the guide.

Inflation is no stranger in the Mayan land and citizens remember it when buying basic products such as onions.

“My wife is asking me for 1,000 pesos because she does not have enough money for our family’s daily food. She used to have 500 pesos left over, “she lamented.

— What promises has the government kept?

– Let me think! She exclaimed, pointing with her right hand to a lower-middle-class neighborhood in Coyoacán. The streets made up of four lanes in both directions are divided by the rails of the train—. He said that he was going to put in his cabinet people prepared… prepared to make him faithful not because of knowledge, experiences or aptitudes.

The members of the car remain silent for a few seconds, a secrecy interrupted by Carlos who assures: he blames past efforts.

The taxi driver stops at a bureau de change. “Change only US$100, José”, indicates the oldest of the Dominican women, taking the ballot from her belongings.

— Look, Carlos, are those dark-haired Haitians, French or from the islands? —

– Yes, they are Haitians…

In addition to welcoming tourists, in recent years Mexico has become a route for immigrants from Central and South America bound for the United States.

According to migration statistics published by the Unit for Migration Policy, Registration and Identity of Persons, during January-March 2022 police arrests occurred in Chiapas (border with Guatemala) with 24,294 migrants, Baja California (border with the United States) with 8,668 people and Veracruz, state of the Gulf of Mexico, totaled 6,658.

“Migration has two faces, the one who emigrates from Mexico to the United States is sad because it hits the migrant a lot, but when they come from South and Central America they pass through the country, it is rejection,” he explains forcefully.

Carlos clarifies that Mexican society “does not want” immigrants, despite the fact that their desire is to reach the United States on foot.

“The Haitians come through, others stay in Baja California, Tijuana, because there is a fairly large colony there. Ah, it is a colony of Chinese and Haitians” he explains, adding that Colombians prefer to settle in the capital.

The Mexican acknowledges that some tourists are interested in seeing the Zócalo, the Angel of Independence or the Frida Kahlo museum, while most prefer to go to Cancun or Quintana Roo for the beaches and water sports.

“Did you go to the center? It’s so pretty at night! Are you going to stay here long?” Carlos asks, but his curiosity is interrupted by the sound of the cell phone.

The driver brings the vehicle closer to the edge of the sidewalks avoiding a possible traffic fine.

– Where is your? I follow you. Hey, I’m passing the virgin, wey.

The conversation ends and the tourists head to their destination: Xochimilco.