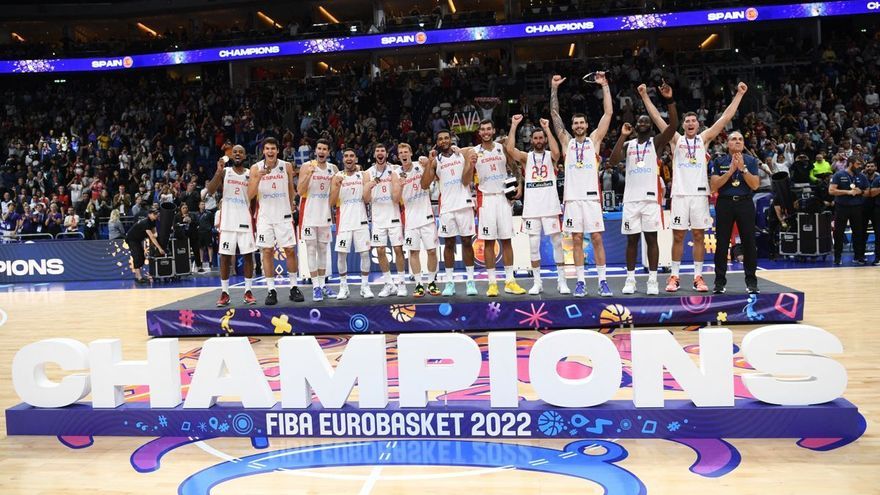 We could not even imagine that that label of the ‘Golden Generation’ I would not refer to his successes –or not only–, but above all to his legacy. That generation no longer exists, barely Rudy Fernandez37 splendid years, holds the flag of the past like an umbilical cord with the present that is and the future that, there are no doubts, will be. The ‘Golden Generation’ was, in reality, now we know, an inoculation of irredentism in the nervous system of Spanish basketball. Extinct she, the vaccine remains.

Last night, Berlin attended the next chapter of the infinite Spain that, with amazing efficiency, bordering on the inexplicable, is captained by Sergio Scariolo, that Italian from Brescia who has become a legend of Spanish sports, even of his cultural wealth. The gel of him is the left biceps of Rafael Nadalthe neck of Fernando Alonsothe right boot of Iker Casillasthe pink wristbands of Lydia Valentinethe cap of Miguel Indurain… His gel is national heritage.

The numbers, so lying at times, accumulate incontestable in the showcases of Spanish men’s basketball. Since that awakening in 2006, the gold of our lives, success has fallen on a team and a country with a short complexion. There are six golds, three silvers and three bronzes in 16 years. Or put another way, 12 medals in the last 15 championships. In this time, only three other European teams have managed to succeed: France, Russia and Slovenia, with a Eurobasket each. All the Olympic gold medals of this decade and a half have gone to the USA –that challenge is unattainable– and in the four World Cups played, Spain and the USA show a tie in the locker. Just writing it is already impressive.

But the what is just as important as the how. There was a time when it became (bad) custom to wait naturally for the arrival of metal, like someone waiting for the rain to fall under a dark gray sky. The leadership of Pau Gasol, surrounded by colonels such as Juan Carlos Navarro, Marc Gasol, José Manuel Calderón, Rudy Fernández and Ricky Rubio, acted as a solid guarantee. But only the last of them remains, already with an important physical backpack on top, and Spain continues to win. 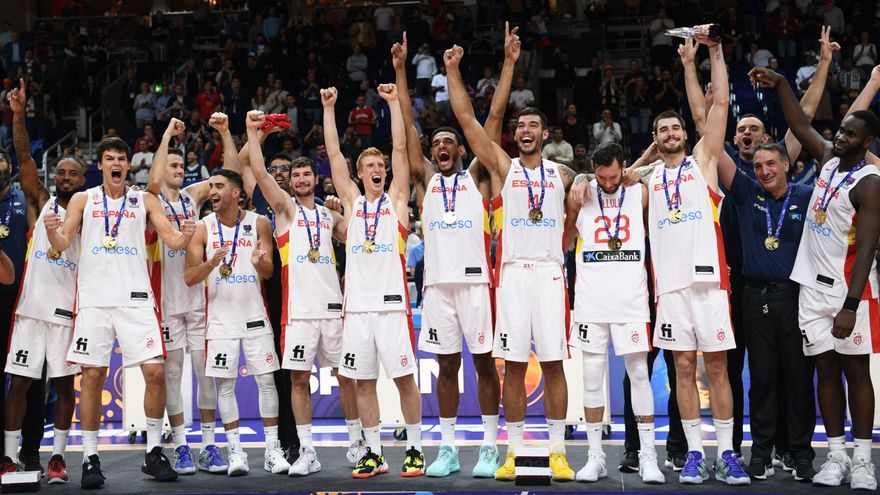 Just look at the comparison with the team that fell in the quarterfinals against the USA in the Tokyo Olympics, just a year ago. Since then, only the now MVP Willy Hernangómez, Usman Garuba, Xabi López-Arostegui and Rudy himself have repeated. And the first three with a role notably less than the one they have assumed in this Eurobasket.

What in other teams would be seen with regret, absent for different reasons players like Rubio, Marc Gasol, Llull, Sergio Rodríguez, Mirotic, Ibaka, Claver, Abalde or Alocén, for Spain is vitamin. Scariolo has returned to build a team (the word is important here, not a mere synonym of selection) champion, always from less to more in tournaments, overwhelming his tactical wealth now that individual talent is not what it was.

The only extravagance the Italian allowed himself was signing Lorenzo Brown, a type of nationalization common in European basketball that Spain had not yet resorted to. The results have collapsed the initial controversy and prejudices. How has it happened to Alberto Diaz, a last-minute appeal due to Llull’s injury, or to the Hernangómez brothers, without question the leaders of the future that we all wanted to see. And others will come who will relieve them to continue prolonging this infinite Spain.