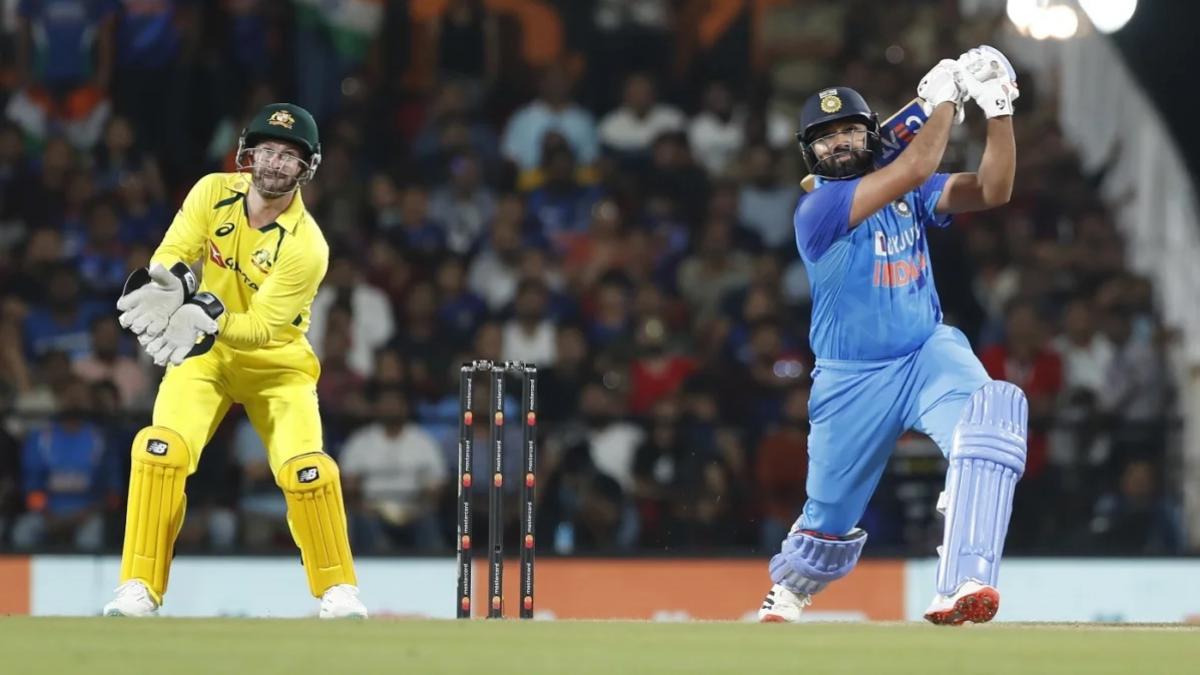 Team India has avenged the defeat in Mohali T20 in Nagpur. Team India has won by 6 wickets in the match of 8-8 overs. India had got a target of 91 runs in 8 overs, which was achieved by the captaincy innings of Rohit Sharma. With this, the three-match T20 series has now become level at 1-1. On September 25, the third T20 match will be held in Hyderabad, where the series will be decided.

Team India, chasing 91 runs, made a quick start here. Rohit Sharma and KL Rahul had looted 20 runs in the very first over, this pace did not stop till the end. Captain Rohit Sharma played a stormy innings here and scored 46 runs in just 20 balls. Rohit Sharma hit 4 fours and 4 sixes in his innings.

India had to score 9 runs in the last over, then Dinesh Karthik scored 6 runs on the first ball and 4 runs on the second ball to end the match with 4 balls remaining. For Team India, KL Rahul scored 10, Virat Kohli scored 11, Suryakumar Yadav scored 0, Hardik Pandya scored 9 runs.

WHAT. A. WIN!@DineshKarthik goes 6 & 4 as #TeamIndia beat Australia in the second #INDvAUS T20I.@mastercardindia , @StarSportsIndia

How to start in an 8-over match is a matter of concern for every team. Australia also tried to make a quick start under the same pressure, but it could not succeed. Australia had lost two wickets in the second over and on seeing the score became 4 for 46.

Harshal Patel proved to be very expensive for India, who looted 32 runs in just 2 overs. Harshal Patel also bowled the last over of the innings, in which 19 runs were scored. Jasprit Bumrah, who was making a comeback after injury, gave 23 runs in 2 overs in this match and took the wicket of Aaron Finch.

Captain @ImRo45 led #TeamIndia‘s charge with the bat in the chase & was our top performer from the second innings of the 2nd #INDvAUS T20I.

Here’s a summary of his batting display pic.twitter.com/L3sO3ZCztA

Let us tell you that this match was to start at 7 pm on Friday, but due to wet ground, it was repeatedly postponed. The toss was postponed 3 times and after that the match started at 9.30. The umpires had decided to make the match 8-8 overs, thousands of people had come to watch the match in Nagpur, they may not have got to see the match of 20-20 overs but got a lot of fun in the short match itself. .