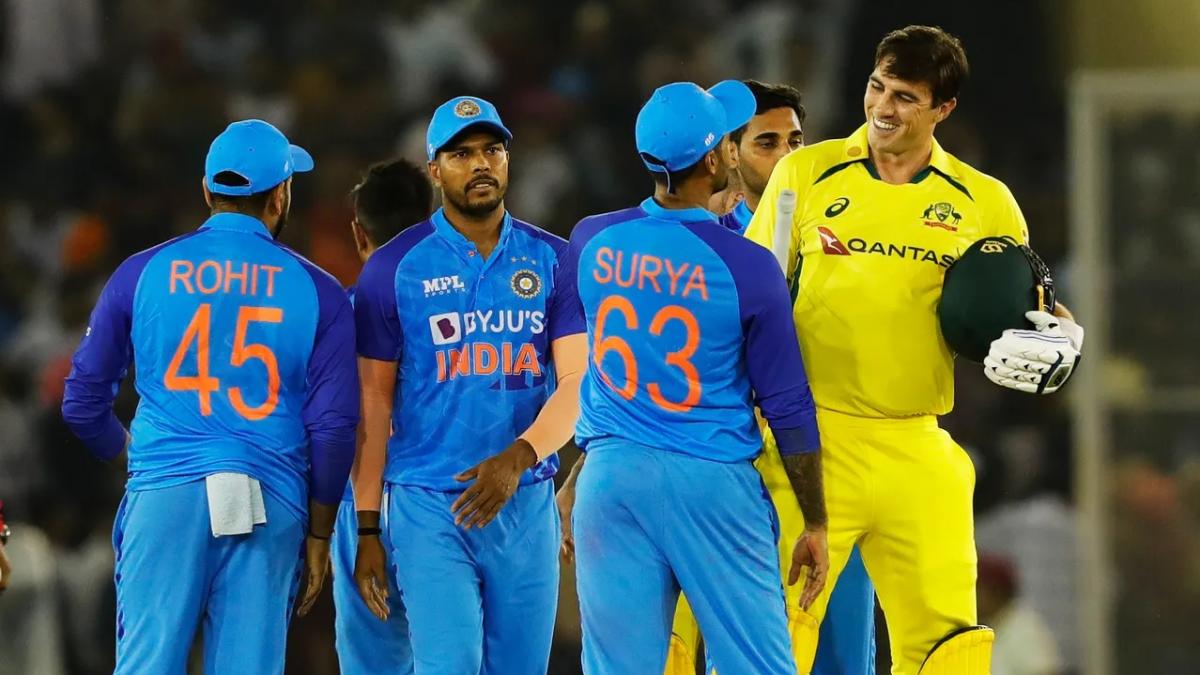 Ind Vs Aus 1st T20: Only bowlers became the villain of Team India, 61 runs were looted in the last 5 overs, India lost this way to Australia

Team India, which is preparing for the T20 World Cup, got exposed in the first match played against Australia in Mohali. Australia defeated India by 4 wickets in the first match of the 3 T20 match series. Team India scored 208 runs while batting first, in response Australia achieved this target with 4 balls remaining. With this, India has lagged 0-1 in the series.

In this match for Australia, the heroes were Cameron Green and Matthew Wade, who batted vigorously. In front of these two batsmen, Indian bowlers completely failed. Green scored 61 runs in just 30 balls, while Wade scored 45 runs in 21 balls. India’s poor bowling can be gauged from the fact that Australia needed more than 60 runs in the last five overs, which they achieved very easily.

Click: Team India’s crushing defeat in Mohali, even after scoring 208 runs, lost the match to Australia

The bowling unit proved to be the villain in this match for Team India, which could not even save 208 runs. Team India’s strike bowler Bhuvneshwar Kumar gave 52 runs in 4 overs and did not take any wicket. Same was the case with Yuzvendra Chahal, who conceded 42 runs in just 3.2 overs. Whereas Harshal Patel, who was returning to the team after a long time, gave 49 runs in 4 overs. Here only one Akshar Patel was seen, who kept the shame of bowling. He gave 17 runs in 4 overs and took 3 wickets.

Things went right down to the wire but it’s Australia who won the first #INDvAUS T20I.#TeamIndia will look to bounce back in the second T20I.

Chasing 209 runs, the Australian team made a stormy start. Cameron Green, who came to open for the first time, lashed out at the Indian bowlers, supported by captain Aaron Finchle (22). Australia had scored 38 runs in the first 3 overs, although India got success in the fourth over, but Cameron Green and Steve Smith continued to attack India.

23-year-old Cameron Green scored 61 runs in just 30 balls, which included 8 fours and 4 sixes. After the fall of Green’s wicket, Australia suffered continuous setbacks and India made a strong comeback in the match. When Cameron Green was dismissed, Australia’s score was 109 and on sight the team had lost five wickets at 145.

But after this Tim David, Matthew Wade made such an amazing partnership that snatched the match from India. Both the batsmen shared a partnership of 62 runs in just 30 balls and this fixed India’s defeat.

Team India made a big score of 208 while batting first, captain Rohit Sharma (11) and former captain Virat Kohli (2) were flops in this match. But the vice-captain of the team, KL Rahul, did wonders here and scored 55 runs in 35 balls. KL Rahul did not let the team’s run rate come down, here he was supported by Suryakumar Yadav, who scored 46 runs in 25 balls.

But the real wonder for Team India was done by Hardik Pandya in the end, who scored 71 runs in just 30 balls. In his innings, Hardik hit 7 fours, 5 sixes. In the last five overs, India scored 70 runs on the strength of Hardik Pandya’s strong innings. The score which seemed to be going up to 180 at one point of time, could reach 208 only on the strength of Hardik’s amazing feat.