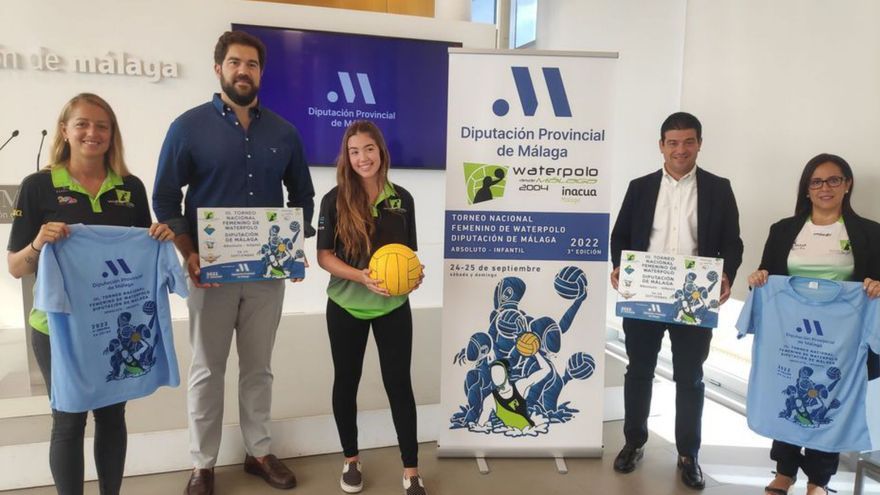 The III National Women’s Water Polo Tournament Diputación de Málaga is here. Sponsored by the Provincial Council of Malaga and organized by the Malaga Water Polo Club, Inacua will once again become the epicenter of women’s water polo, with the novelty of doubling the number of teams and players.

Each of the four participants, in addition to providing their absolute team, will also come with their children. The host, CDW Málaga, together with CW Marbella, CW Dos Hermanas and CN Ciudad de Alcorcón will contribute two teams each.

The tournaments will be held on September 24 and 25 in Inacua. Malaga consolidates this appointment right at the best moment of national women’s water polo, with the recent European title at an absolute level.

Three exciting days, with almost 120 players in contention in 16 games, to enjoy a most exciting water polo preseason.

The third edition of the tournament was presented by the delegate for the Environment, Domestic Tourism, Climate Change and Sports, Mr. Cristóbal Ortega, accompanied by the Provincial Sports Director, Borja Vivas. In addition, there were Patricia Fuentes, as director of the organizing club; the head of the women’s section and coach of the club’s first team, Sara Fernández, and the player Bruna Paulini.

India vs South Africa Thiruvananthapuram T20: Strange crisis on India-Africa match, now only generator is used for the match