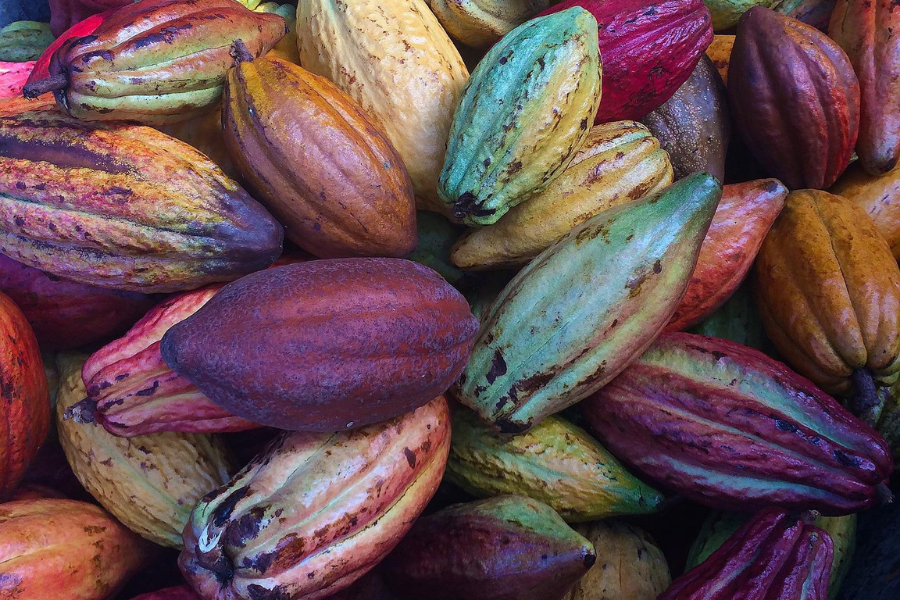 A chocolate bar can smell like fruits and nuts, as well as being torn between sweet and bitter. In the interior of the Dominican Republic, people find fields that give life to agricultural productions of economic relevance for the nation. The cultivation of cocoa is one of those items that is marketed and exported.

Between 2015-2021, the Ministry of Agriculture indicates that this item had a production of 12 million quintals of cocoa beans. Of this amount, 2018 presented the highest production, registering 1,895,765 quintals of grain.

According to the Inter-American Institute for Cooperation on Agriculture (IICA), Dominican organic cocoa is the leader in the international market, satisfying 60% of the volume of foreign demand.

It indicates that in the Dominican Republic 150,000 hectares of cocoa are grown by 40,000 producers divided into 36,236 registered farms, of which 16.5% are dedicated to the production of organic cocoa.

The “foodies” classify cocoa as the opportunity for people to know in depth the fruit that comes from chocolate. In addition, the variety of chocolate positions it as the food of the gods since ancient times.

Between 2018 and 2021, the export of cocoa and its preparations generated US$825.3 million in foreign currency, according to data from the General Directorate of Customs (DGA). Meanwhile, January-July 2022 Customs exported a value of US$7,388.9 million. Of this amount, the agricultural item contributed US$132.7 million, that is, barely 1.7% of the total.

When breaking down the buyer country of the Dominican product, it is evident that the United States totals the greatest weight with US$42.9 million, that is, 32.3%. This is followed by Belgium with US$30.6 million and the Netherlands with US$23.7 million. With less purchase, India and Italy for US$8.7 million and US$5.4 million, respectively.

However, IICA estimates to reach US$500 million per year from cocoa exports during the 2020-2030 period.

According to Agriculture, until July 2022, the sale of Sánchez cocoa was quoted at RD$4,866 per metric ton. Meanwhile, Hispaniola cocoa reached RD$5,066, since the price will depend on the negotiating capacity of the exporter.

OnlyFans: Ennid Wong, the beautiful Tigres fan who succeeds on the site

Turkey produces new SİHA with amazing features! The name of the weapon that instills trust in friends and fear in the enemy is ‘Black Death’