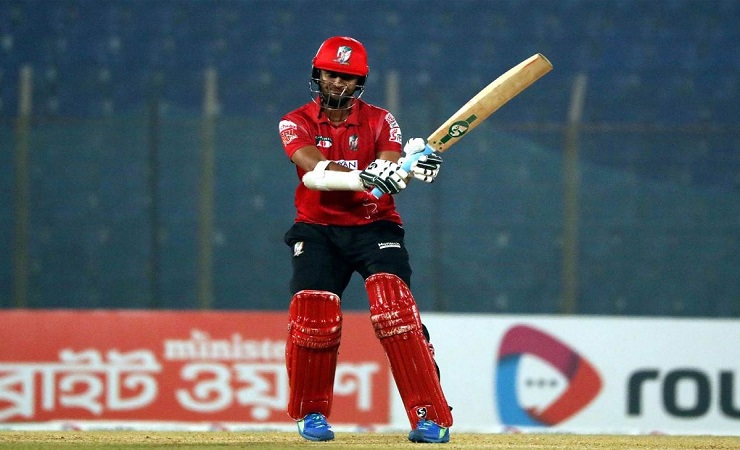 Fortune Barisal made a mountain of runs with the storm of Iftekhar Ahmed and Shakib Al Hasin coming to bat at the beginning of the second match of the day in BPL. Barisal scored 238 runs in 20 overs thanks to Iftekhar’s 45-ball 100 and Shakib’s 43-ball 89.

Rangpur Riders team leader Shoaib Malik won the toss and decided to field at the beginning of the match. Losing the toss and going down to bat, the start was not that good for Barisal. Lost four valuable wickets in the power play. Victory by 14 runs, Miraj by 20 runs, Ibrahim by zero runs and Mahmudullah out by short runs.

Shakib Al Hasan and Iftekhar Ahmed took the lead of the team which lost 4 wickets for 45 runs. They didn’t just hold the team, but stormed the Zahoor Ahmed Chowdhury Stadium in Chittagong. Both played till the last ball. The two made a partnership of 192 runs in just 86 balls.

After completing his personal half-century, Iftekhar also completed his century. Unbeaten by 100 runs. This innings of only 45 balls is arranged with six fours and nine sixes. Meanwhile, he remained unbeaten on 89 runs after completing his fifty. The 43-ball innings was studded with nine fours and six sixes.