Ibon Navarro: “If the goal is to win the Cup, you have to prepare to play against the best”

Complicated draw that Unicaja has had to face a new participation in the Copa del Rey. The compositor team will play the quarterfinals against the almighty Barça, but ibon navarro It is very clear with the challenge that the Los Guindos club is considering: “If the goal is to win the Cup, you have to be prepared to play against the best. It can be in the quarterfinals, in the semifinals or in the final”, valued the technician on the crossing. 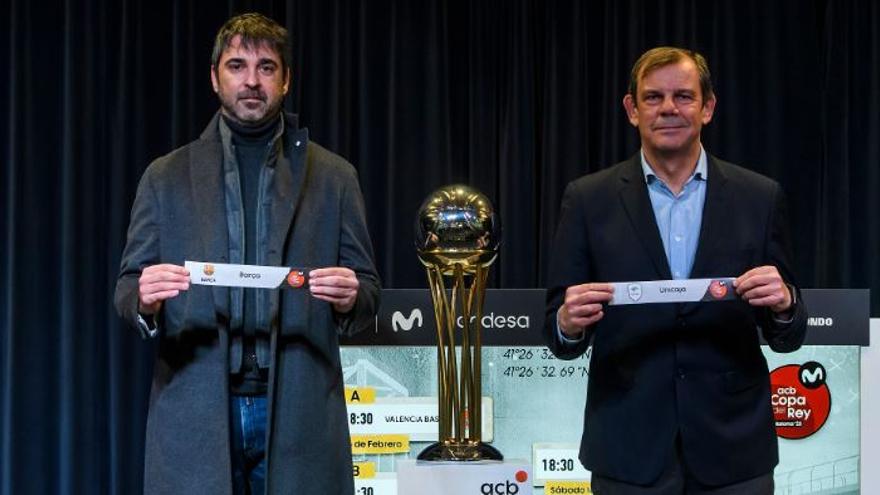 However, luck has not only turned its back on Unicaja in that first meeting. In the hypothetical case of victory against Saras Jasickevicius’ men, the fight to reach the final would be very tough. “Let’s go through a part of the painting where we will meet at the barca and then to Valencia or to Real Madrid. Three of the four teams in the Euroleague, made to play all the titles“, explained the compositor coach.

Despite the complexity of the tournament, the man from Vitoria is confident that “It will be a nice match for the fans” Barça-Unicaja and brings together the “Green Tide” to transfer the atmosphere from Martín Carpena to the Badalona Olympic: “We hope our fans are there, that they push us, that they can give us that extra energy that we will need to compete against a great team like Barcelona”.

🗣️ Rating of @ibonnavarro of the rival in the quarterfinals of the #ACB Cup: the @FCBbasket

Of course, Ibon Navarro is aware that there are still three weeks left for the Copa del Rey and that the Malaga team has to face other vitally important matches in the Basketball Champions League and in the Endesa League: “Dreaming is free, but there are six games left before”.