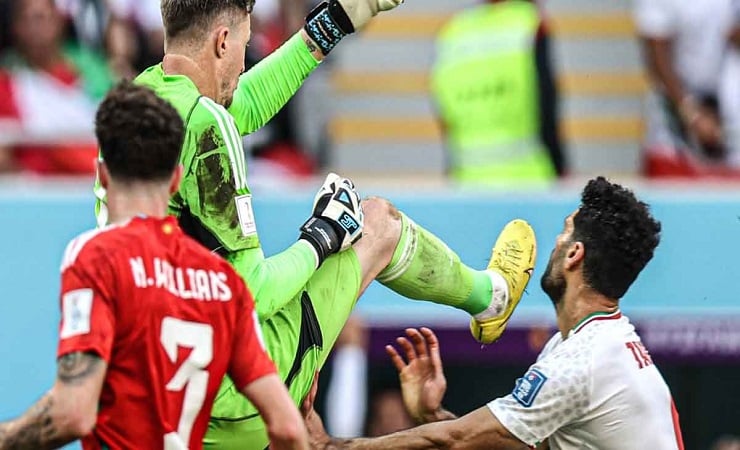 In the 86th minute of the match, Wales goalkeeper Wayne Hennessey hit an Iranian player after coming out of the D-box. First he was given a yellow card. Then the referee took the help of weight to observe the incident. Finally picked up the yellow card and showed Hennessy a red card.

Hennessy, who plays for Premier League club Nottingham, is the third goalkeeper in World Cup history to receive a red card. Before this, South African goalkeeper Itumileng against Uruguay in 2010 and Italy’s Gianluca Pagluca against Norway in 1994 had to digest a red card.

Qatar World Cup did not start well for Iran. In their first match in the group stage, the Asian team flew against the mighty England. On the other hand, Gareth Bale’s Wales drew with USA in their first match. Therefore, both sides had no choice to win to advance to the next round.

Neither Wales nor Iran could score a goal in the first half of the match. The second half did not match the desired goals. But as time went on the excitement of the game increased. The level of excitement has spread so much that the Iran-Wales match has also seen red cards.

As a result, Wales became 10 men. And the Iranian footballers took advantage of that opportunity. The Asian team secured a 2-0 victory by scoring two goals in extra time through a series of sudden attacks.

Kashmir Files Controversy: These 14 more films were included in the award race, Nadav Lapid was elected as the jury head