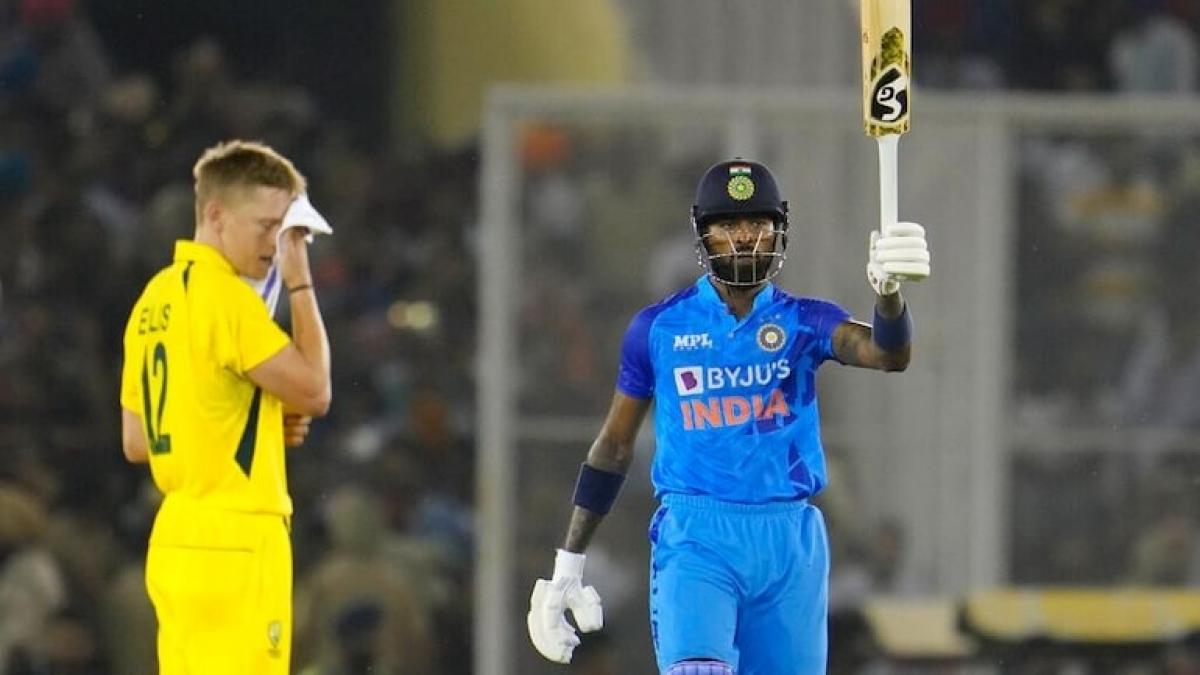 Team India may have lost by four wickets against Australia in the first T20 match played in Mohali. But the stormy batting of Hardik Pandya proved to be the plus point of the Indian team. Actually, Hardik Pandya played a powerful innings of 71 not out off just 30 balls. During this he hit 5 sixes and 7 fours. Due to his innings, the Indian team was able to score 208 runs.

Click- IPL will now return to its old colours, BCCI President Sourav Ganguly made this announcement

He is playing very well: Manjrekar

Manjrekar said in Sports18’s show ‘Sports Over the Top’, ‘You know we thought during the Asia Cup that maybe Hardik Pandya has lost a bit of his mojo and can he get back in form quickly. But it was the kind of batting we have seen with Hardik Pandya.

Manjrekar further said, ‘When we talk about form, it is not about 40, 50 or 60 runs. The kind of shorts and the kind of impact he is making with the bat is fantastic. Hardik Pandya seems to be currently playing on a different planet. Amazing batting against some great bowling. I think it is also very important to note because India batted first and it was not as easy as compared to the second innings of the match. So salute to Hardik.

Hardik Pandya was away from cricketing action for almost 5 months after T20 World Cup 2021 due to fitness problems. But through IPL 2022, Hardik proved himself and made Gujarat Titans a champion under his captaincy. That entire season, Hardik had performed brilliantly with the bat and ball, which led to his return to the Indian team. Hardik has been performing consistently since his return. A few months ago, he also led the Indian team in the 2-match T20 series against Ireland.

in that match Batting first after losing the toss, the Indian team scored 208 runs. Hardik Pandya played a powerful innings of 71 runs in 30 balls. Whereas opener KL Rahul scored 55 runs in 35 balls. In response, the Australian team won the match by scoring 211 runs for 6 wickets. Cameron Green played a match winning innings of 61 runs in 30 balls. While wicketkeeper Matthew Wade scored 45 not out.