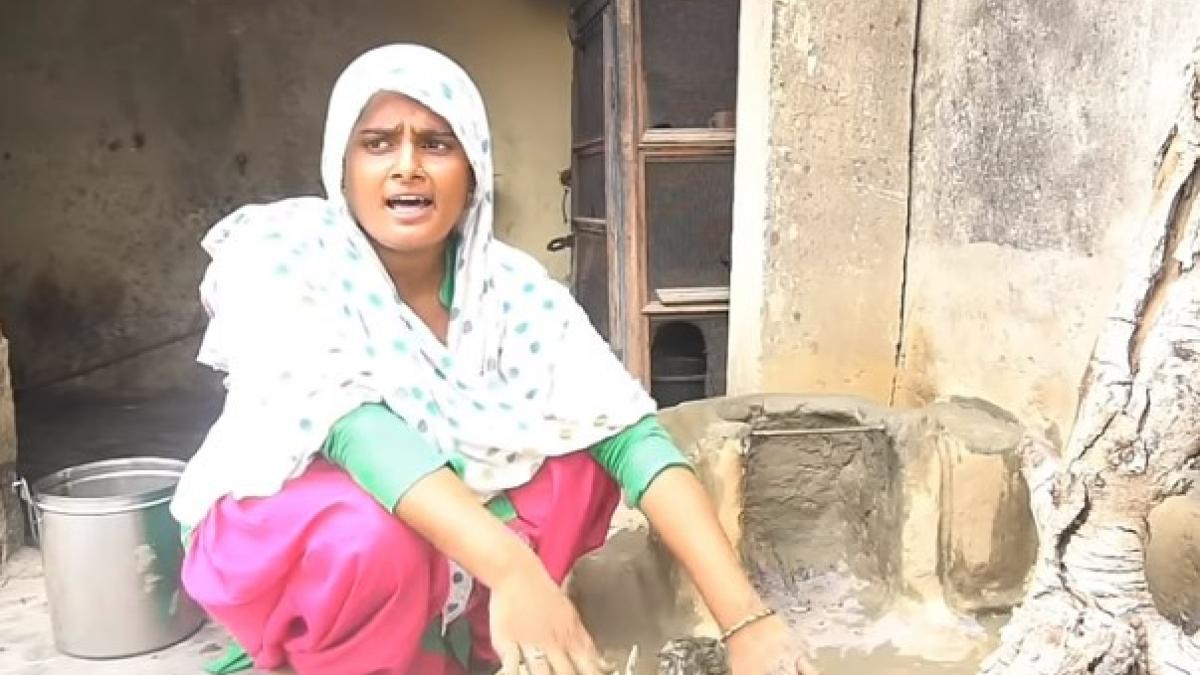 Farmani Naaz, who became famous by singing Har Har Shambhu, has now become a star. Farmani is sometimes in discussion about her songs, even because of vlog. Farmani Naaz does not miss the opportunity to entertain the fans. A video of Farmani has surfaced in which she is seen getting angry with her brother Bhura Dholak (who is also her team member). Both have a fight over Rs 40. Know the whole thing.

Who was furious at Farmani’s pride?
Bhura Dholak has shared the vlog in which he has gone out to take Farmani Naaz to the fair. They are driving e-rickshaw. But due to money, a fight ensues between the two. Farmani Naaz gets Naaz to ride in a rickshaw by her beloved Bhura Bhaiya. Farmani Naaz asks them to throw a party. Farmani Naaz gets their halwa but Bhura is a dholak who is upset about spending 40 rupees. They say that today they earned only 60 rupees by driving a rickshaw for the whole day. But Farmani made those expenses too.

Farmani became famous by singing bhajans
Farmani Naaz and Bhura Dholak run their own YouTube channel. Both are also seen in each other’s vlogs. Farmani Naaz and Bhura Dholak work together in music videos. In the songs of Farmani Naaz, Bhura Dholak is sometimes seen playing the dholak, and sometimes acting. There are many videos of Bhura and Farmani in which the musical jugalbandi of both is seen. Talking about Farmani Naaz, she came to limelight by singing the Shiv Bhajan Har Har Shambhu in Sawan. Farmani has his own studio of 1 crore. Apart from Bhajan, Najm, Farmani also sings film songs. Farmani participated in Indian Idol. But due to the ill health of the son, he had to leave the show midway.

But it is said that one who wants to get fame, gets it right sooner or later. Today, Farmani Naaz is a big YouTube star because of his hard work. His songs trend as soon as they are released. Fans love the sound of Farmani.