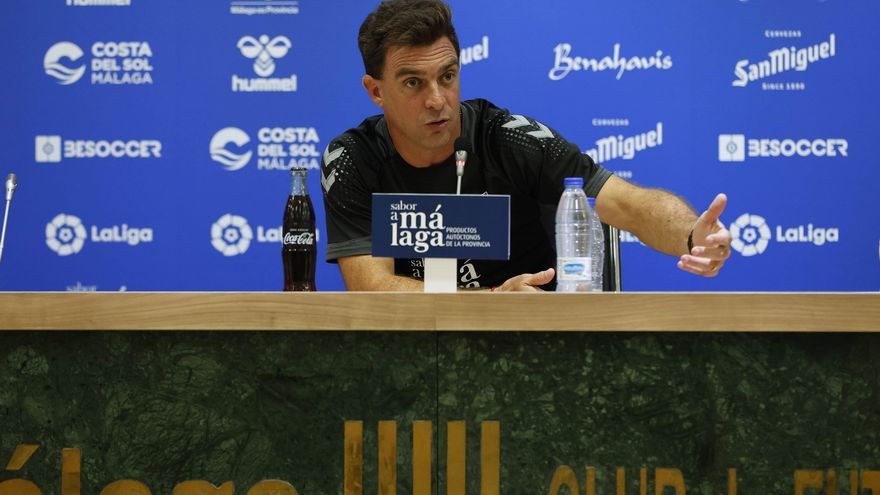 The Malaga CF coach, Paul Guedehas underlined that Tenerife “is called to be at the top”. About this Monday’s rival in the Canary Islands, the Argentine has stressed that it is a “solid team, that has a coach with a very clear idea of ​​the game” and that has “a lot of settled movements”.

The blue and white coach, in his appearance prior to the clash, acknowledges that the islanders have “some casualties, but he will be in the fight. It has decisive players in the decisive positions“, he has added about the possibilities that the people of Tenerife improve their irregular league start.

Regarding the situation that the Malaga team is going through, penultimate in the standings with only one victory in five games, he defends that they are only “on the sixth day” and that at the moment “all the games are of the same importance”. He assures that his squad has “worked very well. The boys are very involved and concentrated”.

He has also referred to the possible additional pressure on the option that he could be relieved if the course of the Malaguista team is not straightened out. “I don’t see or read anything, I just work”, he clarifies while expressing the support of the club by “both José María Muñoz and Manolo Gaspar”. He expresses that both give him “peace of mind and support to move forward”.

Guede has referred to the players with physical problems and thus has said that central Unai Bustinza Y Juande Rivas “they are, but with minor annoyances” and that the midfielder dani lorenzo “he did the week correctly”, while the defender Andres Caro “He couldn’t stand the pain in his patellar” so the young youth squad is going to travel to Tenerife Moussa.