Germany lead 1-0 in the first half against Japan 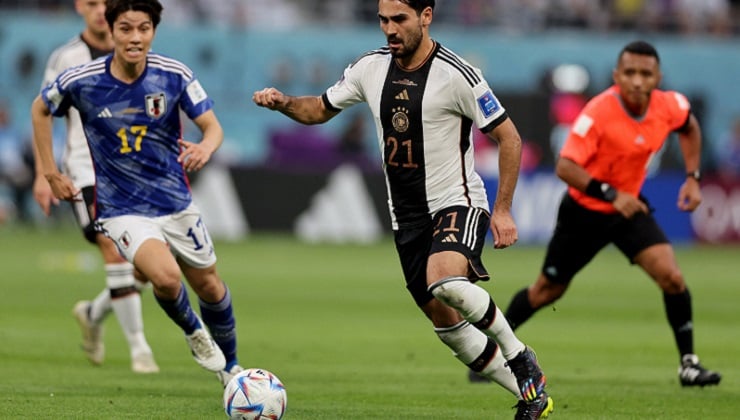 In the second match of the fourth day of the Qatar World Cup against Japan, the four-time world champion Germany went into the break with 1 goal at the start. This is the first match between the two teams in Group E.

Germany and Japan entered the field at the Khalifa International Stadium on Wednesday at 7 pm Bangladesh time.

Germany got this goal from the penalty after 33 minutes of the match. In addition, within this period, Japan took 7 shots in the camp, two of which were on target. Japan could not take a single shot in the 33rd minute of the match with Germany dominating the field.

Meanwhile, in the extra 5 minutes of the first half, Japan sent another ball into the net, but the goal was ruled out for offside. German forward Serge Gnabry’s attempt was denied when Kai Havertz was offside. The goal was canceled by the VR decision by the match referee. The two teams went into the break with a 1-0 margin.

Meanwhile, four-time world champion Germany was eliminated from the group stage in the 2018 World Cup. Now they are in the campaign to be the best for the fifth time by dressing that wound. At the beginning of the mission to Qatar, Hansi Flick’s disciples met the superpower of Asia, Japan.

Let’s see the XI and formation of both teams in today’s match.