France team: a composition turned upside down against Denmark?

Benjamin Pavard on the bench against Denmark? 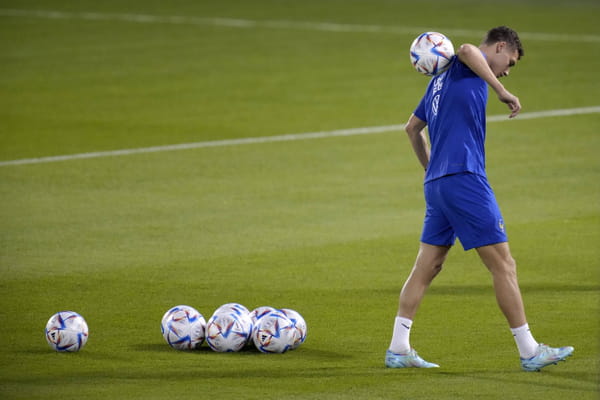 Friday, November 25. 10:25 a.m. As in 2018, did the match against Australia serve as a trigger for Didier Deschamps to make tactical changes in his team? After Benjamin Pavard’s lackluster performance in the right lane of the tricolor defense – particularly at fault on the Australian goal – the coach is looking for a new solution to replace the Bayern Munich player. According to the tests carried out on Thursday during training, central defenders Jules Koundé and Alex Disasi could be moved up a notch to take the defensive lane. This was reported RMC Sportscorroborating the statements of The Team who affirms that “Deschamps is thinking about rebalancing his right side”. The Koundé option could hold the rope more because, even if he has never really convinced in this position with the Blues, he is regularly positioned on this right flank of the defense with his club Barcelona. Still, Pavard is the only professional right defender, although he has been repositioned in the axis with Bayern Munich, which can explain his loss of bearings. In short, one more headache for Didier Deschamps who still seems to have tried a new formula on the right flank of the tricolor defense. 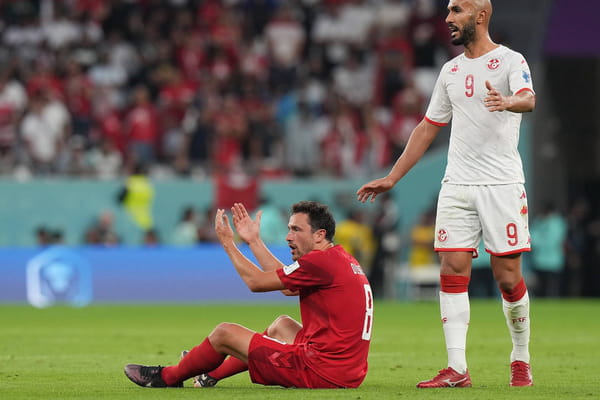 The news of November 23, 2022, at 11 p.m. It’s not just Didier Deschamps’ men who will have to do without one of their own, during the France-Denmark match, scheduled for Saturday, November 26. While the French selection, which had already had to give up many of its players even before the start of the World Cup in Qatar, Karim Benzema in the lead, will have to do without the services of Lucas Hernandez, injured against the australia, the Danes announced Thomas Delaney’s package on Wednesday evening.

At 31, the Sevilla FC midfielder will be rested for a minimum of four weeks, we learned. Thomas Delaney injured his left knee during the Denmark-Tunisia match. “We will miss him, both on and off the pitch,” lamented Danish coach Kasper Hjulmand, before saying: “The other players are ready and we have a solid team for the next matches.”

The numbers of each player of the France team were revealed on November 15, just one week before their entry into the competition, on November 22 against Australia. Captain and goalkeeper of the team, Hugo Lloris will wear the number 1. Note that the 9 was left to Olivier Giroud when Karim Benzema inherited the 19. Antoine Griezmann will wear the 7 and the 10 was offered to Kylian Mbappé.

The photo of the France team for the 2022 World Cup

The official photo of the France team was unveiled on November 15. Taken at Clairefontaine the day before their departure for Qatar, it was – something unprecedented – done indoors because of the weather.

What is the France team jersey for the World Cup?

As usual before each major competition, the jersey of the France team for the next World Cup was officially unveiled on September 15 by the equipment supplier Nike. The outfits do not present any big surprises and correspond to the “leaks” mentioned for several days.

The new shirts are out! #ProudToBeBlues

The home jersey is sober with midnight blue and a gold logo, while the white breaks the codes a little more. “The French collection is a fusion of the heritage and the future of the country, writes the equipment manufacturer in its press release. The motif of the oak leaf and the olive branch of the home kit represents strength, solidarity and solidarity. peace. Classic French design elements include a tricolor insert on the shorts, jacquard sock and cuff, and gold detailing.

What draw for the France team at the World Cup?

The draw for the 2022 World Cup therefore placed the French team in Pool D. The list of teams in this fourth group for this World Cup is therefore as follows:

What are the dates and times of the French team’s matches in Qatar?

The dates for the 2022 FIFA World Cup have been known for some time. It is from November 21 to December 18 that the football planet has an appointment in Qatar. The date of the first match for the French team in the competition, against Australia, intercontinental play-off, has been set for Tuesday November 22, 2022, at 8 p.m. France, the reigning world champions, will start against the same team as four years ago. And we hope that the Blues will have as much trouble overcoming the Australians as in June 2018 (2-1 after a rough match), if the key is the same success until the end of the competition. Denmark will follow on November 26, another old friend, then Tunisia on November 30:

What are the latest results for the France team?

The Blues started preparation for the 2022 World Cup in March: a sluggish victory against Côte d’Ivoire and an offensive festival against South Africa before sinking in the League of Nations. Here are all the results of the French team this year:

Who is the top scorer for the France team before the World Cup?

Here is the ranking of the top scorer of the French football team with Thierry Henry still at the top of the hierarchy: