Fortune Barisal’s fifth win in a row after defeating Dhaka 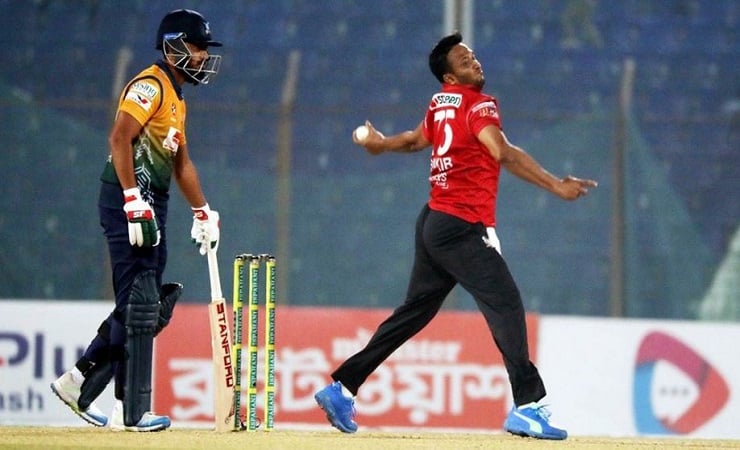 Fortune Barisal beat Dhaka Dominators by 13 runs in the second match of the day in the Bangladesh Premier League. Batting at the beginning of the match, Barisal picked up 173 runs for 5 wickets in the scheduled 20 overs. Nasir Hossain scored 160 runs in response.

Dhaka had a good start chasing runs. The opening pair scored 46 runs in just 5.2 overs. Soumya Sarkar got out after scoring 16 runs off 15 balls. Another opener Usman Ghani scored 30 runs off 19 balls. And Imran Randhawa managed to score only 3 runs in 8 balls.

Dhaka suddenly lost three wickets and fell under a bit of pressure. Later, team captain Nasir Hossain and wicketkeeper batsman Mohammad Mithun dreamed of winning the team leader in the fourth wicket pair. The two made a pair of 89 runs. Which is the highest for any wicket in the current season of BPL for Dhaka. Even then they could not win the team.

Mohammad Mithun got out after scoring 47 runs off 38 balls. Meanwhile Nasir played in the end. Picked up a personal half century. And remained unbeaten on 54 runs. His 36-ball innings was decorated with three fours and two sixes. Meanwhile, Ariful Haque remains unbeaten on 5 runs.

Barisal was under a bit of pressure after losing four wickets. Later, Shakib was increasing the team score with Iftekhar in the fifth wicket pair. But Shakib could not last long. He returned to Sajghar after scoring 30 runs in 17 balls. Later, Barisal did not lose any more wickets.

Monetary Board authorizes RD$21,424.4 million to the construction sector for low-cost housing