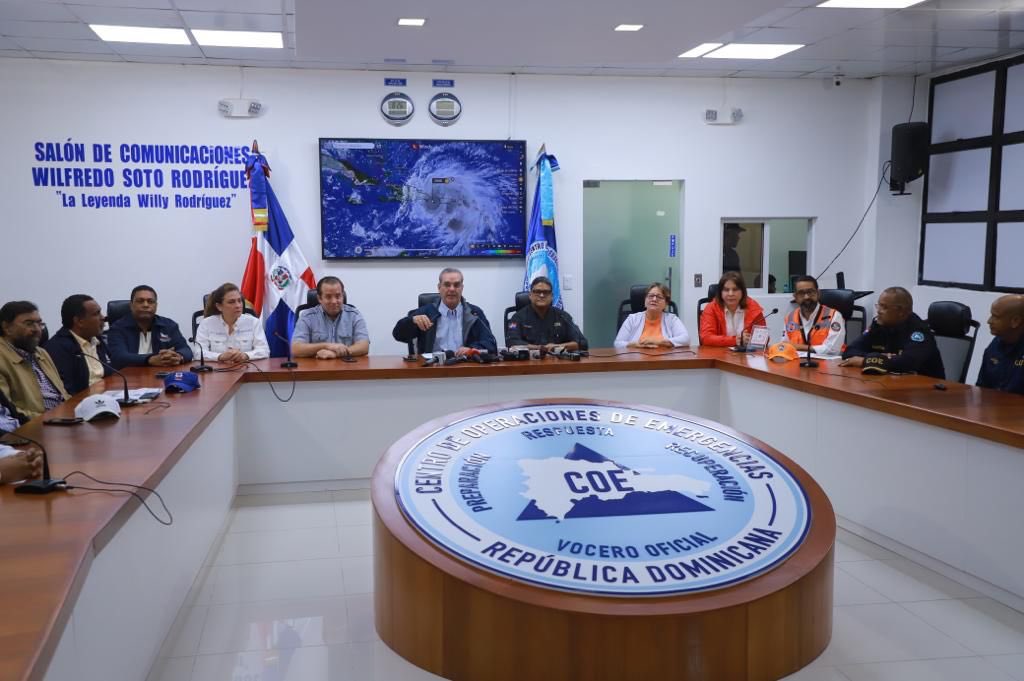 The center of category 1 hurricane Fiona will pass about 10 or 30 kilometers from the extreme east of the Dominican Republic around 2 a.m. this Monday, the director of the National Meteorological Office (Onamet), Gloria Ceballos, reported today.

Fiona’s hurricane-force winds extend about 45 kilometers from its center, while tropical storm winds reach up to 220 kilometers.

“Fiona is now in the center of the Mona Passage moving northwest at about 15 km/h with maximum winds of 140 km/h. It will continue to move in that direction to leave the area of ​​the country around two in the afternoon on Monday, near the Samaná peninsula,” Ceballos said at a press conference.

That meeting, led by President Luis Abinader, took place tonight at the headquarters of the Emergency Operations Center (COE).

According to Ceballos, given the size of the hurricane, “a large part” of the country will be under its effects, and it is expected that when it moves away from the national territory it will do so as a category 2 hurricane on the Saffir-Simpson scale.

Abinader, for his part, said that although the phenomenon moves away from the country tomorrow, the rains it will produce will continue until Wednesday.

“People have to protect themselves, it is important that the population act with caution and be very attentive to information from the authorities,” said the president.

On his side, the director of Civil Defense, Juan Salas, said that so far only 25 people are housed in shelters, 16 of them in Hato Mayor and the other nine in the Duarte province.

Fiona today unleashed all her fury on Puerto Rico, where its heavy rains caused a general blackout, severe flooding and damage classified as “catastrophic”.