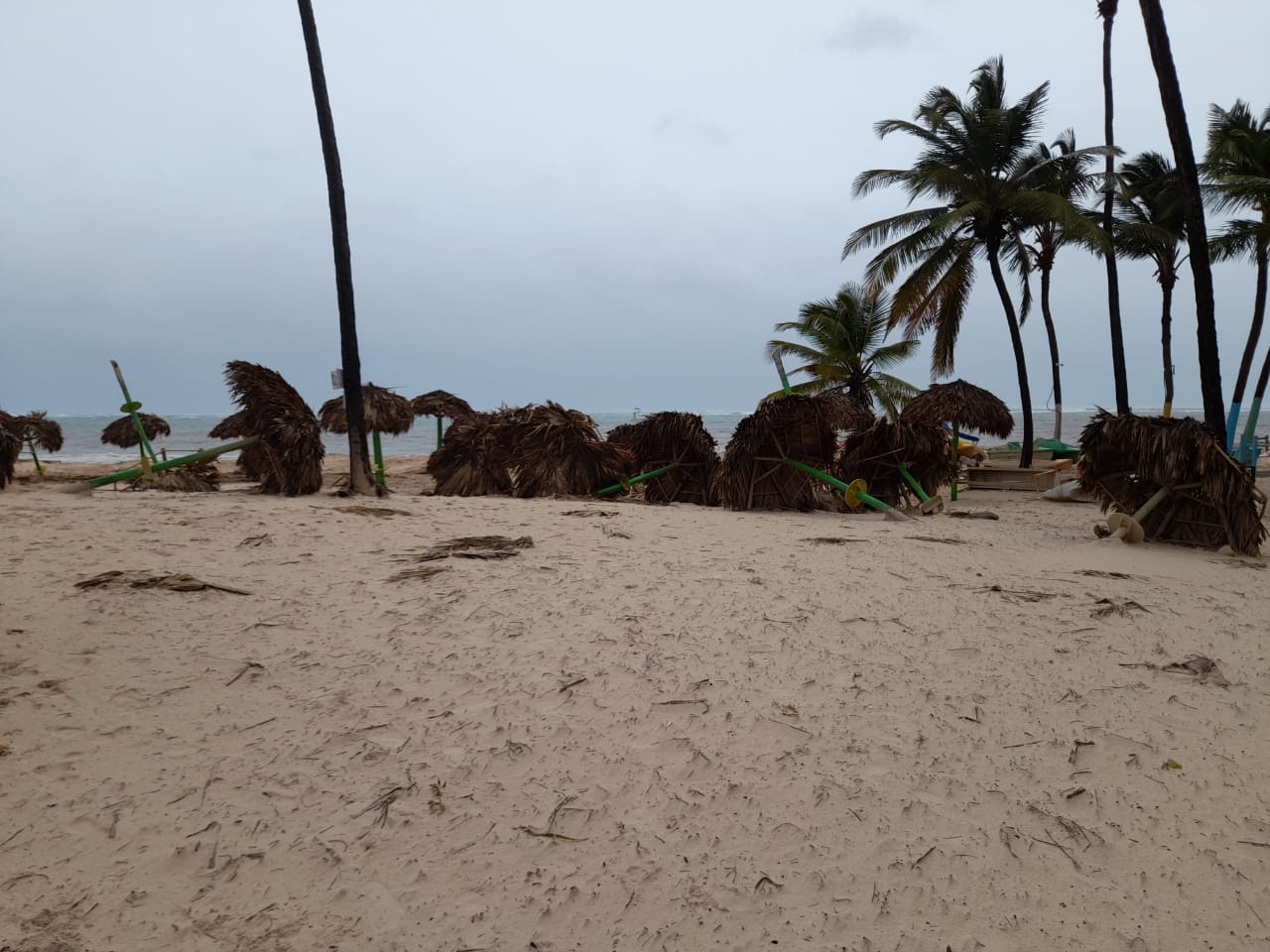 A deceased person, hundreds of displaced people, thousands of people without electricity, overflowing rivers, the fall of a bridge and the toppling of trees is the panorama left by Hurricane Fiona on Monday after passing through the Dominican Republic.

The consequences of the meteorological phenomenon, category 1 on the Saffir-Simpson scale out of a maximum of 5, led the Executive to declare the provinces most affected by the rains and winds associated with the hurricane an emergency zone: La Altagracia, La Romana, El Seibo, Hato Mayor and Monte Plata, all in the east, and María Trinidad Sánchez, Duarte and Samaná, in the northeast.

The Dominican president, Luis Abinader, announced this Monday at a press conference that he will move tomorrow to one of the most damaged areas, La Altagracia, where one of the two operations centers announced this Monday will be installed to attend to the needs caused by Fiona , the first hurricane to hit this Caribbean country in the last eighteen years.

The effects of the cyclone and the way to deal with them have influenced Abinader to have not yet decided whether to travel to the United Nations General Assembly on Tuesday, as announced on Sunday.

“The priority is now the issues here, in the Dominican Republic,” said the president to anticipate that, if the trip to New York takes place, it will be for “a very short time.”

In the municipality of Nagua (northeast of the country), the winds of Fiona, which hit Puerto Rico the day before, caused the death of a 72-year-old man who was trying to prune a tree in the patio of his house when it fell on him above, according to the director of the Civil Defense in that city, Franklyn Taveras, informed Efe.

The Emergency Operations Center (COE) specified this Monday that 12,485 people have been displaced, while 2,497 affected homes are counted.

“The rains keep two towns in the interior of the country incommunicado and we have also received the report that 73 aqueducts are out of service,” COE director Juan Manuel Méndez said at a press conference.

On the other hand, the Ministry of Public Works and Communications reported the collapse of a bridge in the north near the Duarte highway, the busiest in the country.

Fiona, after entering the Dominican Republic with winds of 150 kilometers per hour and higher gusts, caused the fall of trees and power lines in the eastern and northeastern provinces of the country.

The international airports Juan Bosch, in Samaná, and La Romana, as well as the domestic airport in Arroyo Barril, also in Samaná, are still closed.

This local afternoon, the Punta Cana International Airport, through which the largest number of tourists arrive in the country, reported the landing of the first flight after the passage of Fiona.

The National Health Service (SNS) reported that maternity and mother-child hospitals were affected in La Altagracia. In the first of them, strong winds knocked down the front fence, and in the second, falling power lines caused a power outage.

In order to deal with all these effects, the Executive issued a decree declaring the necessary procedures to help the provinces most affected by the hurricane as an emergency.

In this way, twenty state institutions are authorized to act immediately on issues related to the provision of medicines, food, the energy system, water supply and social assistance in general and education, among other matters.

The authorities predict that the downpours associated with Fiona will continue on Tuesday over the areas most affected by the hurricane and maintain alert conditions throughout the territory, including the Dominican capital and its province, where the rains have had a minimal impact.

Chivas coach is fined for criticizing arbitration of the National Classic