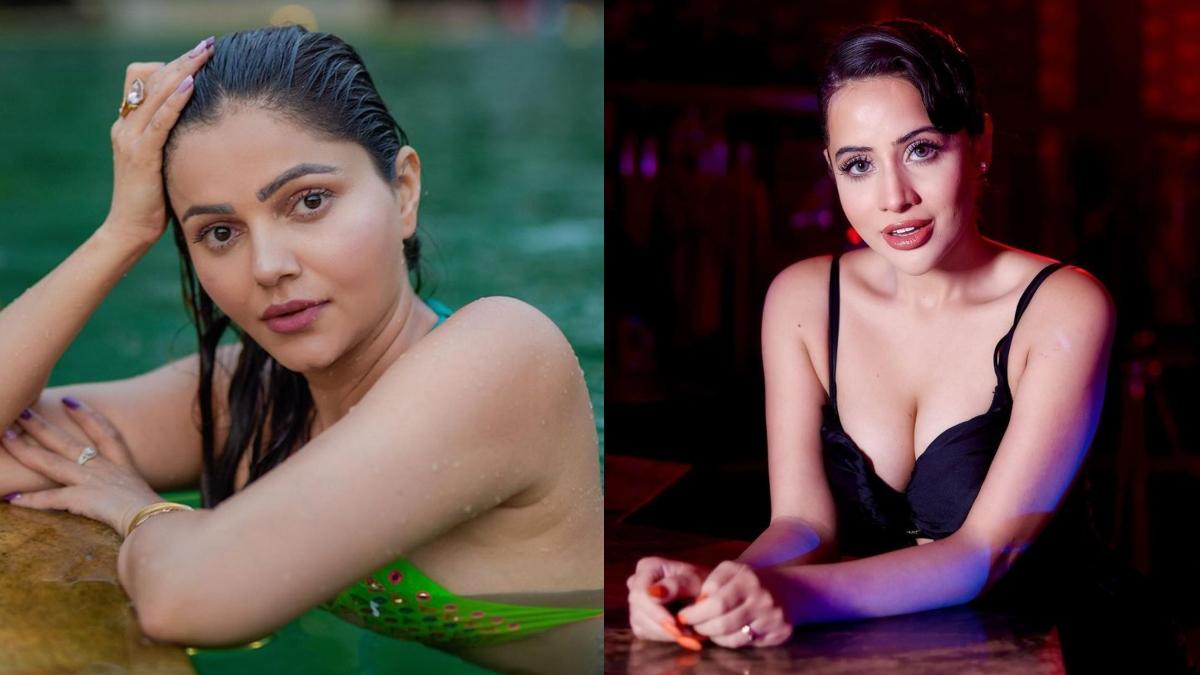 Film Wrap: Why did Rubina decide to divorce? The battle between Urfi-Chaat broke out again.

Sunday was full of ups and downs for Bollywood and TV industry. On this day TV actress Nishi Singh Bhadli said goodbye to the world. On the other hand, once again war broke out between Urfi Javed and Chahat Khanna. All this and more that happened in the entertainment industry on Sunday. We are telling in our film rap.

Chahatt Khanna reacted on joining the name with Mahathg Sukesh, said – Laughing at the news

After Bollywood actress Jacqueline Fernandez, Nora Fatehi in money laundering case, now the name of TV actress Chahat Khanna has also come to the fore. It is being said that Chahat Khanna had gone to meet Mahathug Sukesh Chandrashekhar in jail. Apart from this, he also took expensive gifts from him. However, Chahat had maintained silence in this matter till now. But during a recent interview, the actress has talked about these allegations. Let us know what Chahat has said on the news of linkup with Mahathug.

Kriti Sanon is dating Prabhas! The closeness increased on the sets of Aadipurush, when will the relationship be revealed?

Bollywood’s most gorgeous actress Kriti Sanon remains in the headlines for her love life. It is discussed that Kriti Sanon is dating Baahubali star Prabhas. The news of dating of both the stars is dominating the social media. The news of Kriti Sanon and Prabhas dating has started after the show Koffee With Karan.

Serial Ishqbaaz actress Nishi Singh Bhadli has passed away. Nishi was a victim of paralysis for the last four years and was on bed rest. He was admitted to the hospital on the night of 17 September due to ill health. After this he died today at 3 pm. In a conversation with Aaj Tak, her husband Sanjay Singh Bhadli told how the last days of Nishi Singh’s life were spent and for what reason she died.

Jhalak Dikhla Jaa 10: How difficult was the ‘divorce’ decision for Rubina Dilaik? Pain expressed through performance

The new season of dance reality show ‘Jhalak Dikla Jaa’ has started. The show has returned to TV after five years. Many strong contestants are seen in the show. In this, many celebs including Rubina Dilaik, Nia Sharma, Shilpa Shinde, Amrita Khanvilkar, Faizal Sheikh, Gashmir Mahajan and Niti Taylor have participated. Makers constantly post many interesting videos related to this show on social media. This time a video of Rubina Dilaik has been shared.

The new song of Farmani Naaz ‘Ya Ali’ is heart touching, eyes will be filled to hear

Farmani Naaz, who sings Har Har Shambhu, is touching the heights of success day by day. Farmani is constantly working hard to move forward. The good thing is that they are also succeeding in this. Every day some new song or nazm of Farmani is released. A few days ago he released Chadti Jawani Song. Right now the craze of youth was climbing in the heads of the people and was saying that Farmani has released a new nazm.