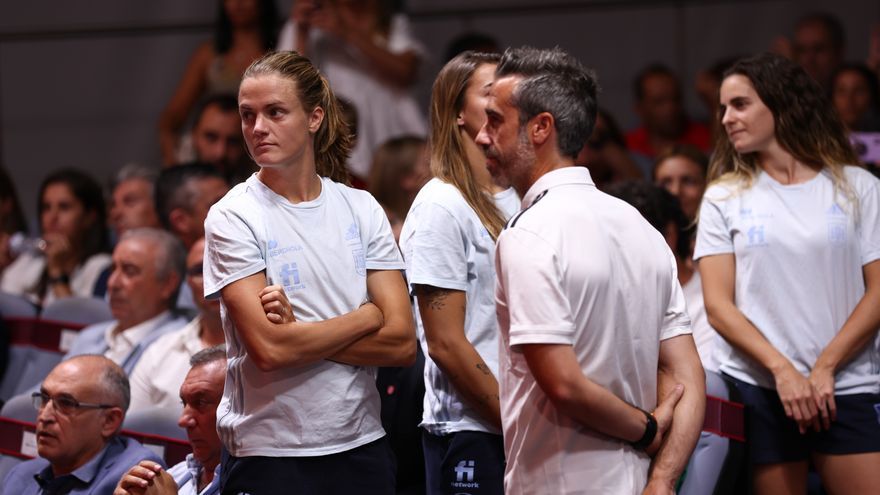 The RFEF assures in a statement that “it will not allow the players to question the continuity of the national coach and its coaching staff” and reminds the players that “in accordance with current Spanish legislation, Not attending a national team call is classified as a very serious infraction and can carry sanctions of between two and five years of disqualification“.

In any case, “the RFEF, contrary to the way these players act, wants to make it clear that it will not take them to this extreme or put pressure on them. Directly, it will not call up the players who do not want to wear the Spain shirt. The Federation will only have committed footballers even if they have to play with youth”.

It does clarify, yes, the body chaired by Luis Rubiales, that “the soccer players who have submitted their resignation they will only return in the future to the discipline of the national team if they accept their mistake and ask for forgiveness“. As reported by Ser, the current Ballon d’Or and star of Barcelona, Alexia Putellasis not among them.

Less than a month ago, the environment of the soccer players leaked that his discontent with Vilda, already known behind the scenes, had led to a meeting with Rubiales to request his dismissal. Among the reasons argued were the alleged lack of qualification of the coach, the training routines (deficient for the players) and the results obtained in the last European Championship.

“The Federation is not going to accept any type of pressure from any player when adopting sports measures.. These types of maneuvers are far from exemplary and outside the values ​​of football and sport and are harmful,” says the RFEF now, after having opted for a discreet profile at the initial moment, for the sake of harmony.

After the commotion caused by the riot (which was not supported by all the internationals and which has opened a gap in the locker room), the three captains of the team (Irene Paredes, Jennifer Hermoso and Patri Guijarro) appeared at a press conference to deny that they had asked for Vilda’s head and that they limited themselves to listing aspects with which a large number of players are dissatisfied.

AND TODAY WE SHOW IT TO YOU WITH PHOTOS!! ❤️

The pressure from the players did not make a dent in Rubiales, who reiterated her confidence in Vilda. In fact, this week he has renewed and strengthened the ‘staff’ of the women’s teams and Vilda continues to be both the coach and the sports director of all the women’s teams, senior and lower categories.

Now, they take the ordago one step further by giving up the selection because the current generated situation affects them “significantly” in their “emotional state” and in their “health”according to the Federation from those 15 emails, “coincidentally all with the same wording.”

“This fact has gone from being a sporting issue to a dignity issue. The selection is non-negotiable. It is an unprecedented situation in the history of football, both male and female, in Spain and the world,” lamented the RFEF in its statement.