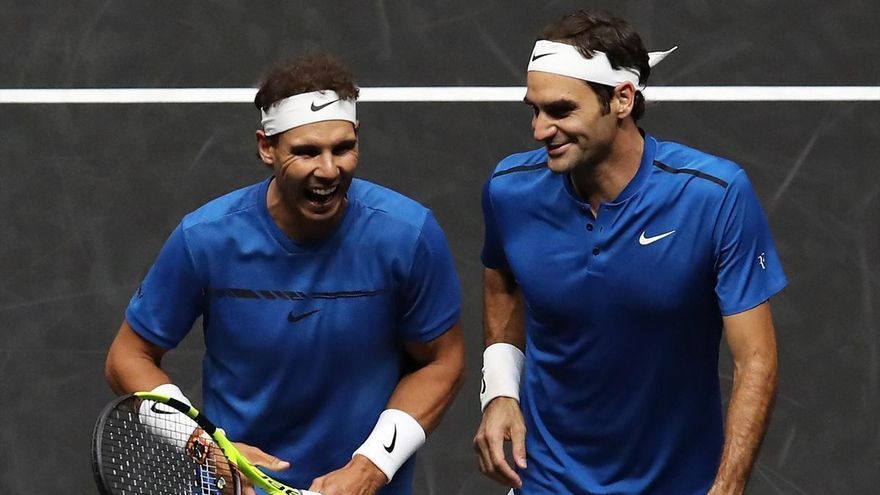 Federer’s last dance will be with Nadal

Roger Federer does not want to say goodbye to tennis without playing. The Laver Cup, the competition that the Swiss himself devised, will be the scene of his last dance on the court and his partner at the O2 Arena in London will be Rafael Nadal. “It would be an absolute dream,” the former number 1 assured in a statement to Swiss radio television RTS, already in London, and training for the tournament that begins on Friday (September 23).

The possibility of playing a singles match in the Laver Cup has been ruled out by the player himself. “I trained on Monday with Stefanos (Tsitsipas) and honestly I felt good hitting the ball. But not, I will not play singles, it is impossible. I haven’t played a real game in a long time.”

I wanted to continue to Wimbledon

In the interview with the Swiss chain, he revealed that his intention was to continue playing at least until the next Wimbledon but that he made the decision to withdraw after the tests that were done on his right knee a few weeks ago. “My knee was not progressing well enough. The one they made me wasn’t very good, so I thought it was all over,” he explains.

Federer, 41, admits it was not easy at all to accept the situation. “He escaped me some tear”. The Swiss tennis player intends to remain linked to tennis after hanging up his racket. “I don’t know exactly what my future will be like, but I don’t want to walk away completely of a sport that has given me everything,” he says.

Federer will play the double with Nadal this Friday night (22.00, Eurosport). “It will be an absolute dream. It will be hard and the pressure will be high, “says the tennis player, who assures that” it will not be a problem “if he does not play. “The main thing is that I can thank the fans and that they can see me. I have always been accessible, present and I want to be until the end”, he declared in an interview with the Swiss newspaper Le Temps.

Federer has participated in all the editions that have been played since the tournament was created in 2017 and has shared victory with the team from Europe that has not yet known defeat. In this edition where the three components of the Big Three will be for the first and last time, the teams chosen by captains Bjorn Borg and John McEnroe will be formed by: Casper Ruud (number 2), Rafael Nadal (3), Stefanos Tsitsipas (6) , Novak Djokovic (7), Andy Murray (43), Roger Federer (Sc) and Matteo Berrettini (15, substitute) for Europe and Taylor Fritz (12), Félix Auger-Aliassime (13), Diego Schwartzman (17), Frances Tiafoe (19), Álex de Miñaur (22) Jack Sock (128) and Tommy Paul (29, substitute) for the rest of the world.

Each team has 6 players who must play at least one individual match during the first two days of competition, while for doubles they must play at least four team tennis players. All matches are played to the best of three sets, with the final set being a 10-point supertiebreak.

The games that are won on Friday contribute 1 point to the locker of the winning team, those on Saturday 2 points and those on Sunday 3 points. The winner is the team that reaches 13 points, something that cannot be achieved before the first game of the day on Sunday. In the event of a tie on points at the end of the tournament, a decisive doubles match would be played to decide the champion.

The first two days of Friday and Saturday will start at 2:00 p.m., with two individual matches and a night session (8:00 p.m.) with an individual and a double. On Sunday, during the day, a single session is played with a doubles match and three singles, if they are necessary to decide the winner.

The tournament can be seen via Eurosport that last year was left with the television rights.

Twitch cuts the income of its main streamers again

Sabina is now a role model for girls