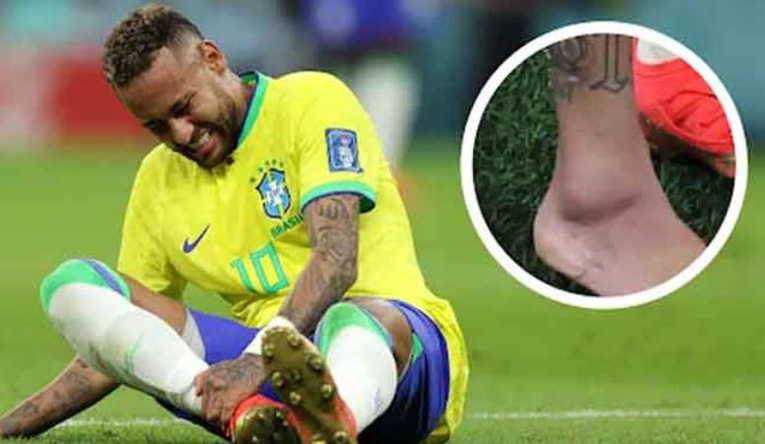 Sports Desk: Brazilian star Neymar Jr. suffered a serious injury to his right ankle in the match against Serbia. There are fears that he will be knocked out of the World Cup in Qatar.

Brazil won their first match at the World Cup in Qatar. Richarlison’s brace saw Tita’s side cruise to a 2-0 win over Serbia. In the first half of the match, the team could not make use of many opportunities, but after the break, the team won with two great goals. But the joy of victory did not last in the Seleção camp. Because their star footballer Neymar is seriously injured. It is believed that the injury of Neymar, who came to play the World Cup for the last time, is so serious that he will not be able to play the rest of the matches for the team.

Neymar left the field in the 80th minute of the game. When Neymar was sitting on the side bench at the end of the match, the pain of the injury was evident in his eyes. While the team waited to celebrate the win, Brazil’s medical team was busy with his first aid.

At the end of the match, Brazil team doctor Rodrigo Lesmar said about Neymar’s injury, ‘Neymar’s right ankle is sprained. That part is swollen. We initially gave ice treatment. Now he is undergoing physical therapy. After waiting for 24 to 48 hours, it will be known how serious the injury is.

Brazil’s next match is against Switzerland on November 28. And their last match in the group stage is against Cameroon on December 2. As things stand, he may miss the entire World Cup.