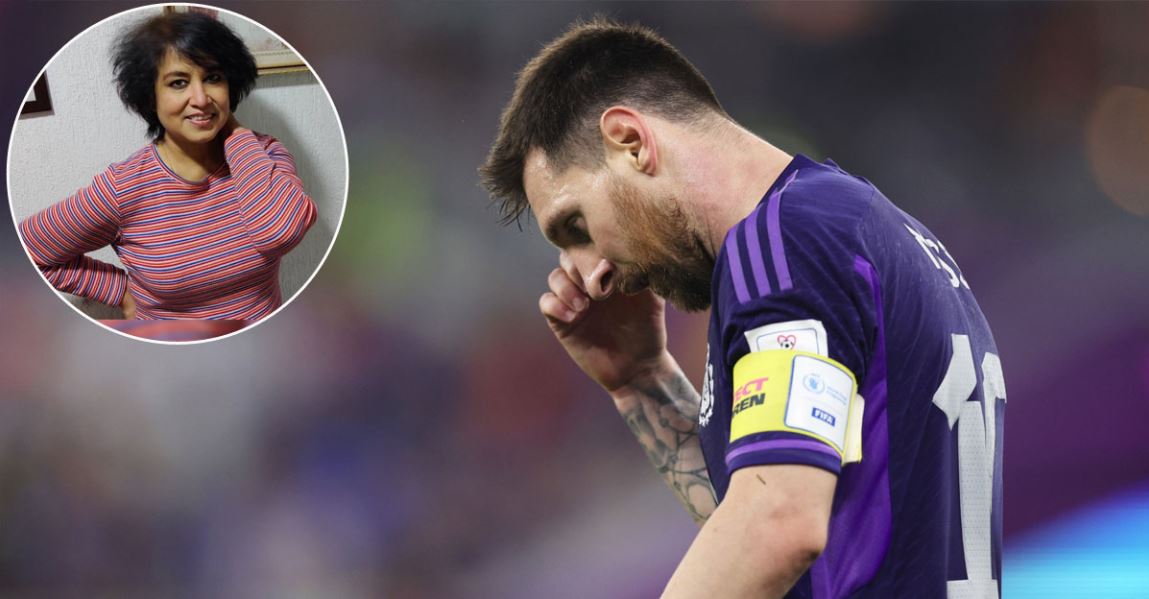 Sports desk: Lionel Messi’s Argentina confirmed the ticket to the knockout phase by becoming the champion of ‘C’ group in the current World Cup in Qatar. However, the seven-time Ballon d’Or winner missed the opportunity to lead the team in the first half of the game. His spot kick was blocked by Szejsny, much to the dismay of the Argentina fans.

Meanwhile, the exiled writer Taslima Nasreen single handedly took Messi for missing the penalty. He wrote, ‘It seems, even I would not have missed those penalty kicks. But Messi missed. The whole mess. Does it make any sense? Messi missed two out of three penalty kicks in the World Cup.

Taslima Nasreen also writes, ‘There is no limit to people’s madness about him (Messi). I heard that he has missed 29 or 31 penalty kicks while playing. Oops! Can you imagine?’

Argentina had no choice but to win against Poland in their last match of the group stage at the World Cup. The two-time world champions were ahead of the Poles in everything from the battle for possession to the attack in the crucial Group ‘C’ encounter. However, the two teams went into the break with a goalless draw due to Lionel Messi’s penalty failure in the first half.

At the beginning of the second half, the familiar Argentines met. The Latin American nation left the field with a 2-0 win thanks to goals from McAllister and Julian Alvarez. And with that, Argentina confirmed the last sixteen by becoming the group champion.

Scaloni’s team played aggressive football from the start as they looked to be out of the World Cup if they lost. Polish goalkeeper Wojciech Szejny stood in the way of Argentina in the match. His skill saved Poland from several goals. Although in the end they had to lose by two goals.