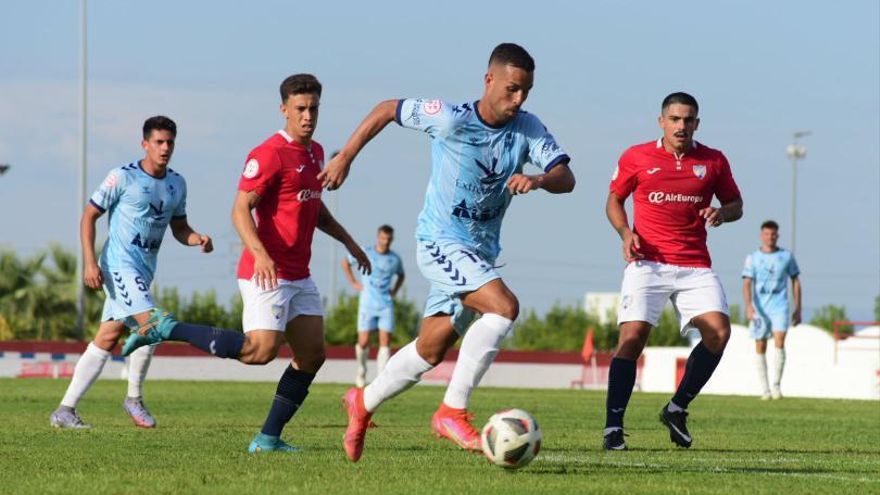 Estepona and Antequera, undefeated at the start of the Second RFEF

The four teams from Malaga in the Second RFEF do not stop providing good news to their respective followers. This Sunday there was no defeat again. Estepona, Juventud Torremolinos and Vélez won, while the team from Antequera grabbed a valuable point in the home of Granada CF’s subsidiary.

The team from Estepona prevailed in Don Benito with a new goal from Tahiru, converted after 22 minutes of play, and a second goal from Lolo Guerrero, scored as soon as the second half began. With this victory, the Costa del Sol team is second in the table, just two points behind a Melilla team that has won everything in this fifth group of the category. In three disputed days, Estepona accumulates two victories and the tie harvested in the league premiere.

In the morning this Sunday, Juventud Torremolinos CF defeated a Mancha Real by the minimum, who also went undefeated to the pitch of El Pozuelo. The clash remained with the initial equality until it was brushed and the first hour of play. A penalty decreed by the referee in favor of the locals allowed Amaya to decline the balance. The Malagans are placed with five points, two points behind Antequera, which is now second in this group, fourth in the Second RFEF.

And if the two recently promoted won to settle in the upper zone, Antequera and Vélez also don’t stop bringing smiles to their fans. The Antequera squad has numbers very similar to those of Estepona and, as we say, it is second. This time he harvested some tables that even knew little in the field of Recreativo Granada, one of the powerful affiliates of the category.

The Malaga team took the lead through Luis Alcalde and the game had resumed after the break, but only five minutes later Da Costa equalized for the Granada youth squad. It is important to note that this distribution of points keeps these two rivals undefeated in this league start. Recreativo Granada is fifth, with the same points as Vélez and Juventud Torremolinos, and therefore two points behind the team from Antequera.

Vélez CF gave its social mass a prestigious triumph in full celebration of its centenary as a representative club of the Axarquia region. They narrowly defeated a UCAM Murcia that went to Vivar Téllez with a win and a loss at this start. A solitary goal by Damián Zamorano in the 68th minute served the Veleño team to tie the three points.

UCAM Murcia will face a rival from Malaga again next weekend, as they will host Juventud Torremolinos at their facilities. For its part, Estepona will host Coria; Antequera, to the subsidiary of Cartagena; and Vélez CF will also travel to Murcia to face Yeclano Deportivo.

How to watch Bangladesh-Nepal match