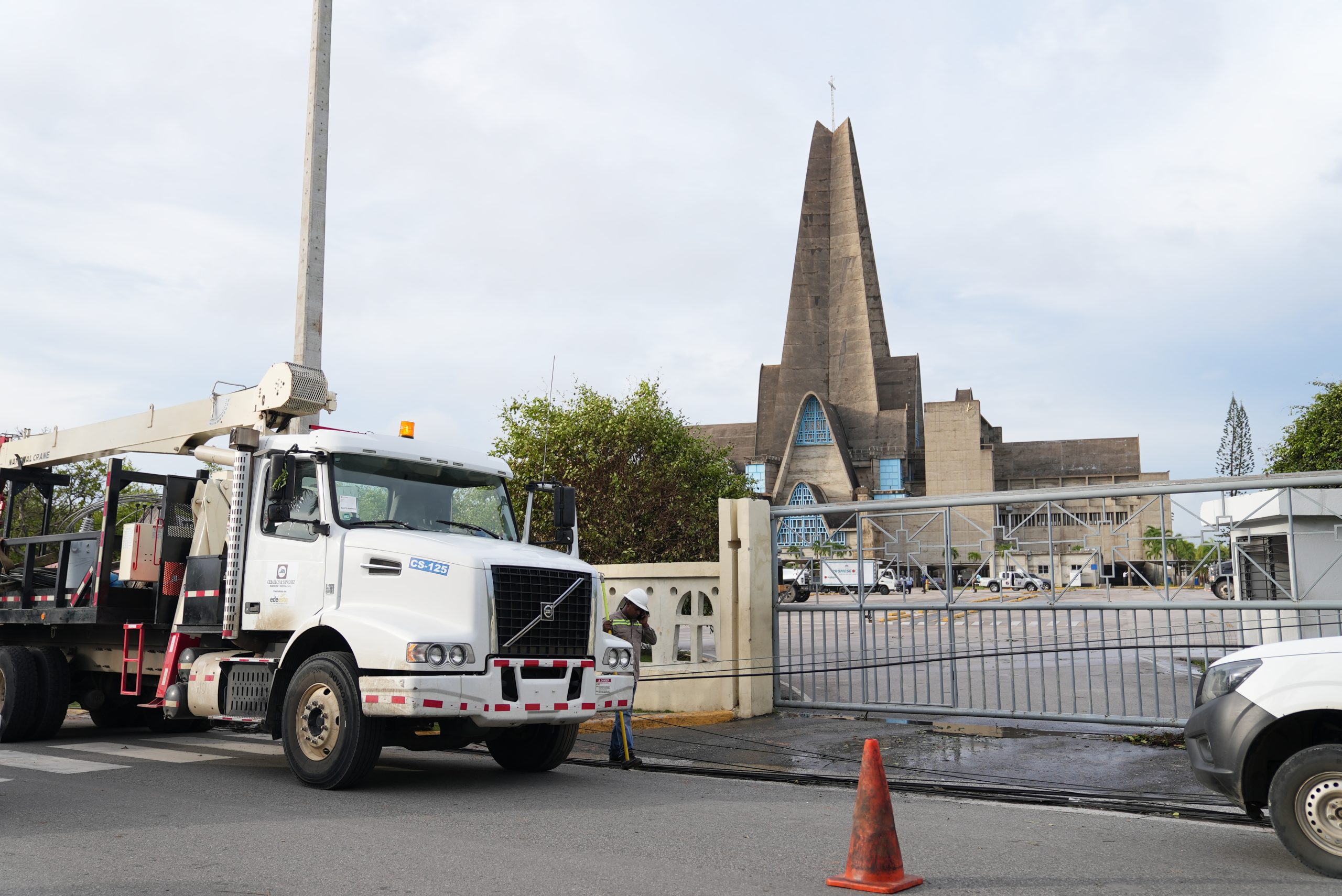 The Minister of Energy and Mines, Antonio Almonte, toured the provinces of La Altagracia, El Seibo and Hato Mayor on Tuesday to supervise the repair work on transmission and distribution networks affected in the area by Hurricane Fiona.

Minister Almonte was joined on his tour by the general manager of the Eastern Distribution Company (Edeeste), Andrés Julio Portes, and the administrator of the Dominican Electricity Transmission Company (ETED), Martín Robles, as well as the president of the EDE Unified Council, Manuel Lara.

During the visit, Almonte observed the numerous ETED brigades working on the repair of networks and those of Edeeste repositioning or replacing downed poles and transformers destroyed by the atmospheric phenomenon.

interviewed in the Government of Tomorrowthe official reported that more than 70% of the electrical circuits damaged by Hurricane Fiona in the eastern region of the country have been restored after a 24-hour work day in the areas affected by the atmospheric phenomenon.

He explained that in the provinces of San Pedro de Macorís, La Romana, El Seibo and Hato Mayor they have managed to recover electricity service by more than 70%, but that in the municipality of Higüey it has been restored by 30%, due to the fact that Fiona produced the greatest negative impact in the province of La Altagracia.

He guaranteed that before this Friday the municipality of Higüey will be mostly recovered, since the authorities of the electrical sector are quartered in the Eastern region to restore the electrical service in record time.

“The work has been tremendous, with a displacement of resources, equipment and all kinds of personnel, because President Luis Abinader gave instructions to restore the electricity service in the affected provinces as soon as possible,” he said.

The instructions given by President Abinader to restore service as quickly as possible in the affected areas have been adopted to the letter and work is being done 24 hours a day to return to normality, according to Minister Almonte.

The tour included verifying the conditions of the 138 and 169 kilowatt power substations located in Higüey and the community of La Otra Banda, respectively.

Minister Almonte, together with the manager of Edeeste, visited the community of Santana and later the provinces of El Seibo and Hato Mayor, places where power restoration work is more advanced.

During that meeting this Tuesday at the headquarters of the La Altagracia government, President Abinader defined the restoration of energy and water services as of the utmost importance and that the teams were working to resolve the situation in the shortest possible time.

Octagón points to a spectacular return to the Arena México

iPhone 14 crash detection put to the test in a real crash (spoiler: it does work)