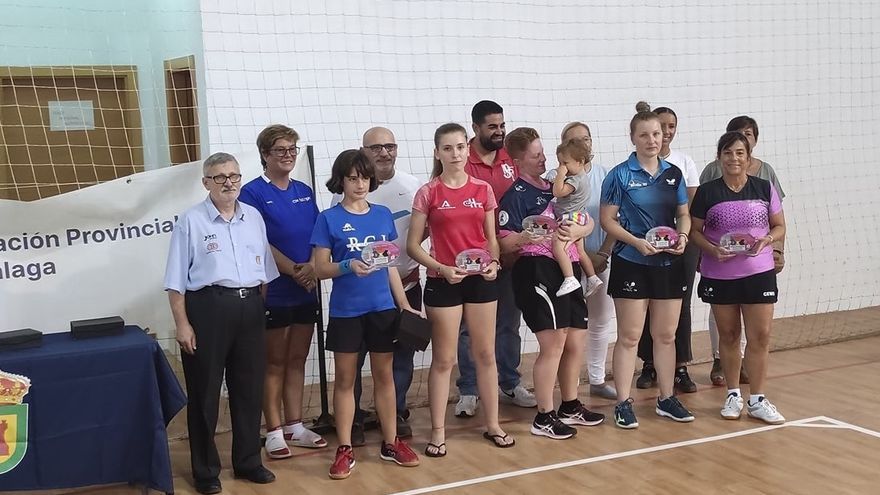 Emotional tribute to Sandra G. in the V Top Woman and Table Tennis of Casabermeja

Almost fifty Andalusians gathered in Casabermeja this weekend to pay tribute and value women and sport. Every year the Andalusian women’s Table Tennis festival recognizes a female athlete. And on this occasion, they wanted to pay tribute to Sandra G., the young woman allegedly burned with acid by her ex-boyfriend. A recognition of her struggle and her courage that the Andalusian paddlers and the people of Casabermeja did not want to miss to offer Sandra and all the women who suffer gender-based violence, all their respect and consideration. Although Sandra could not attend the tournament, her sister and her aunt witnessed all the affection of the attendees. Aurora Narváez, from the FATM, together with Jaime Montilla, mayor of Sports of Casabermeja, were in charge of delivering the plaque to Sandra’s sister. Together with Paco Alonso, FATM and Jorge Lucena, president of the Casabermeja Proditem Table Tennis Club.

Delivery of the plaque to the sister of Sandra G. The opinion

Sandra and her friend Cristina suffered serious injuries after being sprayed with acid in Cártama in January 2021, after allegedly the ex-boyfriend of one of them threw a can of acid at them and fled. From the FATM we want to express with this tribute the total rejection of this sports institution before any act of gender violence.

Vucetich is discharged from the hospital with very good news