Ecuador took the first victory of the season 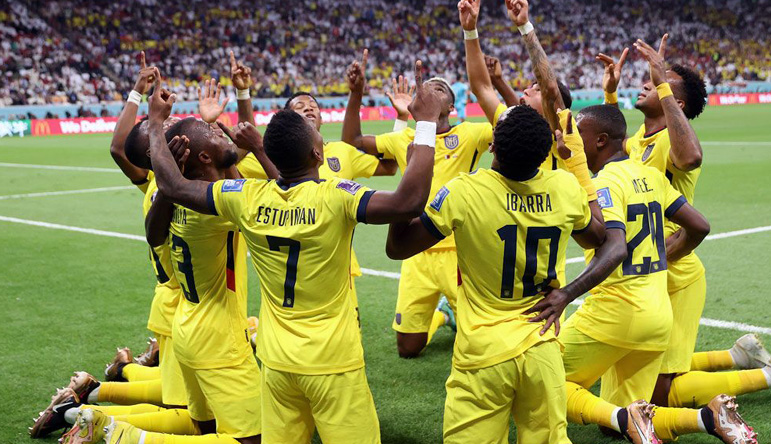 Sports Desk: Ecuador has made a good start in Qatar World Cup. They beat Qatar 2-0 in the opening match. Both goals for Ecuador came from their captain Ener Valencia.

A lot of controversy was created before the opening match. Several European media outlets claim that Qatar has offered Ecuadorian players huge sums of money to lose. But from the beginning of the match, not even a drop of him was seen.

After 8 years, Qatar played the World Cup for the first time.

Ecuador could have scored early. Just 3 minutes into the match, Qatar’s goalkeeper Al Saad Al-Shib, who was suffering from nervous pressure, hit his head in the box and scored a goal. However, the referee disallowed his goal due to offside.

The 33-year-old Valencia didn’t have to wait long to get the 4th goal of his World Cup career. In the 16th minute, Qatar goalkeeper Al-Sheeb missed again and Ecuador got a penalty.

This time, Valencia beat the opposing keeper with a soft kick from the spot to the delight of the audience present at the Al Bait Stadium. His goal in the 17th minute gave Ecuador a 1-0 lead.

They doubled the lead in the 31st minute. Anhelo Preciado’s cross extended the team’s lead by heading unmarked Valencia into the box. Qatar were busy defending almost the entire time of this half.

Playing 52 preparatory matches for the World Cup in 3 years, Qatari football did not have the impression of strategy or team planning. They lost possession and position very easily.

The hosts, however, had the perfect chance to get back into the match just before the break. However, Almoez Ali failed to head home Al Haydos’ perfect cross from the right-hand side from six yards out.

As a result, Ecuador ended the first half with a 2-0 lead.

After the break, Qatar tried to close the gap. The hosts were more cautious in this half than in the first half.

Even if they do not attack, they keep the defense strong. As a result, Ecuador could not increase the gap.

On the other hand, Qatar could not get the ball into the net of Ecuador, who did not concede a goal for 11 consecutive hours in international football.

Ecuador left the field with a win and full 3 points. On the other hand, this is the first time that the host country of the World Cup tasted defeat in their first match.

Valencia’s injury is a concern for the South Americans. In the 75th minute of the match, the captain of Ecuador had to leave the field due to leg pain.

Ecuador will face the Netherlands on Friday in their second Group A match. And on the same day, Qatar will play against Senegal.