Novak Djokovic had a little scare to give up the first set of the tournament before qualify for the third round of the tournament defeating the Frenchman Enzo Couacoud 6-1, 6-7 (5), 6-2 and 6-0. The world number 1, who continues to suffer from him, did not seem comfortable until the last two sets.

Djokovic showed himself anxious, before a much inferior rival but that was used to the fullest to try to surprise. Djokovic, what I already knew the Rafael Nadal injury of his greatest rival in the fight for the Grand Slams, who will have to be out between six and eight weeks due to an injury to the psoas hamstring in his left leg, saw the way clear for him in his area of ​​the draw with the defeats of Casper Ruud and Taylor Fritz..

Ranked 191st in the world, the 27-year-old French tennis player, based in the Mauritius Islands, where he owns a hotel, he was not initially a difficult opponent for Djokovic, in his debut and first participation in the Australian Open and his sixth match in a Grand Slam. Nothing to do with the 93 games (84 wins) that the former number 1 has played in Melbourne, where he fights for his tenth title and has not lost a game since 2018.

The discomfort in the left leg Djokovic’s drags were his main concern. The Serbian entered the court with a larger bandage than on the first day and seemed uncomfortable in his movements, despite winning the first set in which Couacaud, also with a bandage on his left knee, also suffered a spectacular sprained ankle. right that required him to receive medical attention. He did not escape either the former number 1 from being treated for his leg problems when at 5-4, againsthe had to march to the locker room to have his bandage touched up.

On his return to the court, Djokovic, who was still uncomfortable, lost three ‘break points’ to break Couacoud’s serve, who thus ensured he played the ‘tie break’ that ended up taking, coming back from 0-3, and with a double fault final of the Serbian tennis player, bothered by the grip of a spectator.

The reaction of Djokovic was withering to certify the match in 2 hours and 55 minutes, dropping just two games in the last two sets. Already only In half an hour the third set was signed, giving up only two games, to

After the elimination of Nadal, this Thursday three candidates to go to the second week of the tournament and fight for the title such as Ruud, Fritz and Zverev said goodbye to Melbourne.Three eliminations that leave the path a little more open to Djokovic at the bottom of the frame.

Ruud, world number 3, who had options to snatch number 1 from Carlos Alcaraz, if he reached the final and did not face Djokovic or Stefanos Tsitsipas, was fired in the second round against the American Jenson Brooksby (world 39) by 6 -3, 7-5, 6-7 (4) and 6-2.

Big point to win! @holgerrune2003 🇩🇰 wins a look at a break point, converts and serves it out to love!

How much does it mean, @MichaelMmoh?!

After the elimination of Nadal and the absence of Alcaraz, of the 11 Spaniards who started the tournament in the men’s draw They only remain in the third round, Roberto Bautista that, to achieve this, this Thursday he had to overcome two sets against the American Brandon Holt (215 world), who came from the previous one, before beating him 4-6, 2-6, 6-3, 6-2 and 6-2. 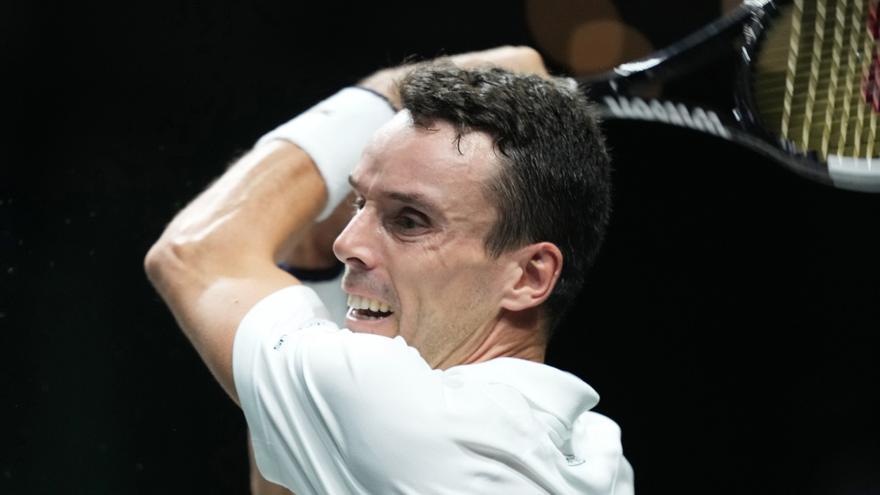 In the women’s tournament, Nuria Parrizas (75th in the world) has also reached the third round by beating the Russian Anastasia Potapova (46th in the world) 6-3, 6-2. The tennis player from Granada has achieved her best classification in a Grand Slam to access a round that will also include Cristina Bucsa, who was facing the Polish Iga Swiatek, world number 1, on Friday. Parrizas for her part will cross against the Croatian Dona Vekic (64 world).