Suffering and still paying for the effort of his battle against the Russian Daniil Medvedev on Friday, the serbian Novak Djokovic knocked down in two sets, by 7-6 (5) and 7-6 (6), to the revelation of the tournament, a Taylor Fritz who was about to take the contest to the third set, but who lacked the packaging that his rival had left over.

Nole is already in the final, just one game away from leveling with the Swiss Roger Federer as the tennis player with the most Masters Cups. It would be the sixth time that he has raised a gimp that has resisted him since 2015 but it seems that this year he has his name already engraved, showing himself superior to the rest of the contenders.

He had to face the American Fritz, a player who had proven so far to be worthy of being among the eight best rackets despite having rebounded into the appointment, favored by the injury of the Spanish Carlos Alcaraz, and that this year he had the statistics in his favor, since he won each tournament in which he reached the semifinals.

The one from California did not make it easy at all, but Djokovic resisted with integrity at the decisive moment, just when Fritz had him at his mercy and was able to deliver the key blow to take the duel to a third final stake.

The one from Belgrade signed the first ‘break’ and went 3-2 with the service in favor. The pressure did not weigh on the American at that time and he returned the break instantly, equalizing a first set that inevitably was decided in the first ‘tie-break’ of the afternoon. 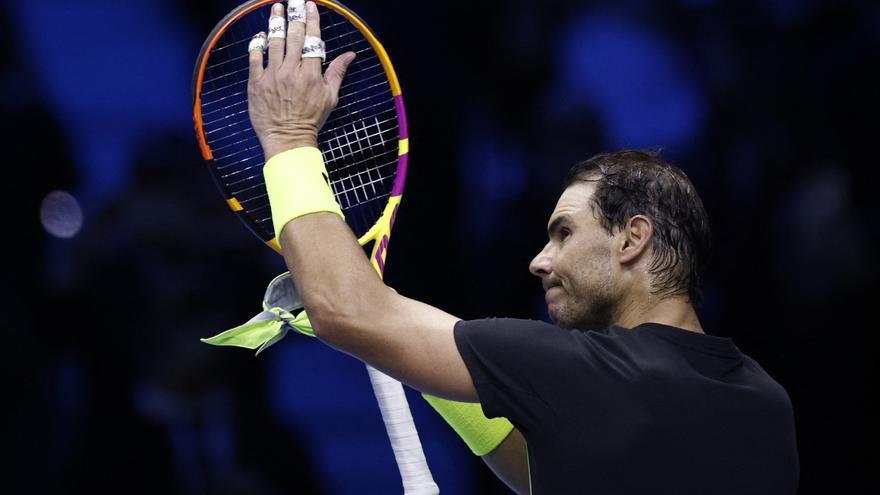 Much more solid than the rest, the Serbian managed the first set by the minimum, in what was a warning that it was not going to be a placid game.

And it is that Fritz came out, as in the rest of the games, with nothing to lose. With his right arm as a hammer, he managed to break the five-time master at the first change and put him on the ropes. For a moment, the Serbian again appeared somewhat physically weakened, stunned by the blow conceded by a 25-year-old willing to do anything to achieve the glory that a Masters Cup final entails.

The problem that Fritz had was not being decisive with a rival that he had more or less tamed. And when you forgive a big man, you end up paying for it.

Djokovic recovered when Fritz served to close the set and broke him. Just at the perfect moment to put an end to the illusions of the man from San Diego, to recover his spirits and to gain the momentum necessary to prevail in the ‘tie-break’ on his second match point.

He maintains his undefeated status at the Pala Alpitour in which these finals are held, a Djokovic who fully looks at the position that Federer occupies alone, at the top, which he aspires to match next Sunday in the final of the finals, in which he will face the winner of the duel between the Norwegian Casper Ruud and the Russian Andrey Rublev.