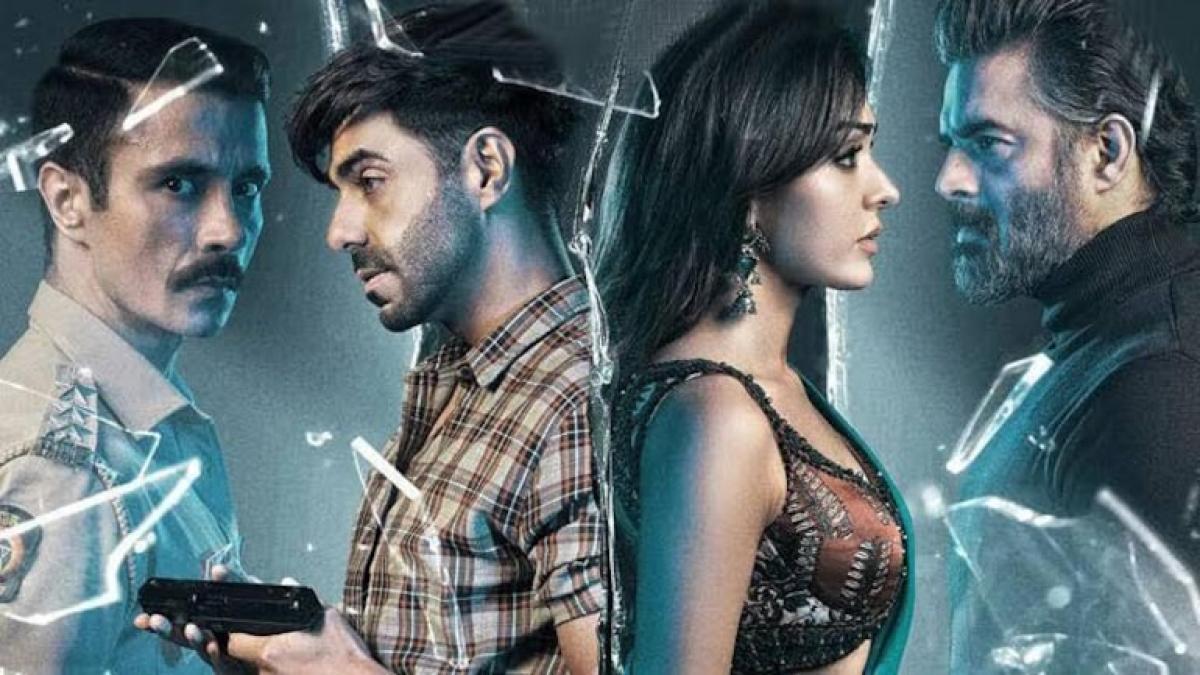 Dhokha: Round the corner review: Aparshakti Khurana’s strong performance in the film is full of twists and turns

Dhokha: Round the corner Review: If there is a fight between truth and lies, does the truth always win? If a lie is told with earnestness and truthfulness, is the truth really called a liar and a lunatic? After watching Dhoka Round the Corner, you come back home with these few questions. There are four main characters in the film, and all four have their own story, whose story is true and whose story is false, on which the film is based.

Reality Sinha and his wife Sanchi Sinha from Mumbai are leading a happy life. As the story progresses with a tussle between a husband and wife, their lives take a U-turn when Haq Gul, a terrorist who has escaped from jail, enters their house. Sanchi is alone in this house. When Reality reaches near a building surrounded by police and security, the head of police security downstairs informs Mallik (Darshan Kumar) that his wife is not mentally stable as she is a victim of delusional disorder. Hearing the story of reality, Mallick himself also says that I do not understand who is more dangerous above, Haq Gul or your wife. Though Sanchi, on the other hand, shares her story with Gul, it is quite the opposite of the story of reality. The film revolves around these four main characters. These four have their own story, who is true and who is false in their stories. Head to the theater to find out.

After The Big Bull, Kuki Gulati has brought her thriller film Dhoka Round the Corner. The story of the film is interesting but there are definitely some loop-holes in its making. If the story full of twists and turns had been written in a better way, then the film could have been included in the category of best thriller. The director gets a little beaten up in executing the story. It took some time to adjust after seeing some scenes. Especially the dialogue between Gul and Sanchi, seems a bit absurd how a terrorist falls in love with a housewife within a few hours and wants to settle down in Kashmir with her (like seriously). Some of the cringe dialogues have been saved by the good performance of the actors. Although there is no doubt about who is telling the truth and whose words are false during the whole film, you remain entangled in this dilemma. The first half is a bit slow, it could have been crisper. At the same time, pace comes in the story in the second half. While watching the film, many predictions start running in your mind about the suspense, but the claim is that the climax will not disappoint you, infact an angle in it may even surprise you.

The film has been technically decent. Cinematographer Amit Roy has captured the houses of the posh areas of Mumbai in the camera very well. You can feel the essence of Mumbai in the frame by frame film. With a little work in the editing of the film, its length could have been reduced, which could help in maintaining the thrill.

The casting of the film is its strong side. While R Madhavan is comfortable in the role of reality in the film, Khushali Kumar has surprised. It will be difficult to believe that this is his debut film. She has proved herself as a promising actress. There is no doubt that the life of this film is Aparshakti Khurana, he has given his best performance in this film. Especially in the last ten minutes, immense steals the entire show. Darshan Kumar’s performance as a police inspector has been brilliant.

There are many twists and turns in the film, especially its climax will surely surprise you. The story is fresh and it can be given a chance for the best performance of the stars.

Aamir Khan’s daughter Ira Khan got engaged, the boyfriend wore the ring on his knees, then kissed