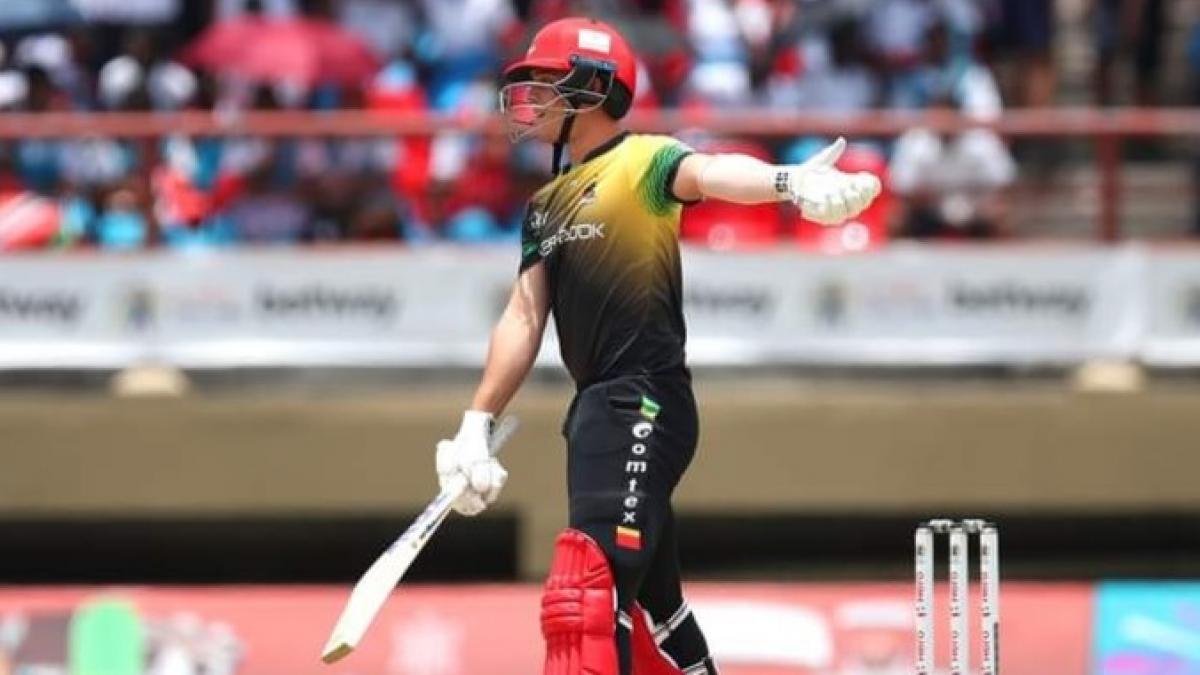 South African player Devald Brevis has seen a storm in the Caribbean Premier League (CPL). Playing for St Kitts and Nevis Patriots, Brevis scored an unbeaten 30 runs in just 6 balls. He played this innings against Trinbago Knight Riders at Providence Stadium in Guyana. Brevis scored a run with the bat on his first ball, but he hit five sixes on the next five balls.

First of all, in the 19th over of the innings, Devald Brevis hit three sixes off the balls of spinner Akeel Hossain. Then in the last over, this young batsman did not even spare Darin Dupavillon and hit two high-rise sixes. Thanks to this innings of Brevis, the St Kitts team managed to score 163 runs for six wickets in 20 overs. Apart from Brevis, Sherfane Rutherford played an innings of 78 runs.

Participated by Mumbai in IPL

19-year-old Dewald Brevis was bought by Mumbai Indians for Rs 3 crore in the IPL auction this year. Chennai Super Kings (CSK) and Punjab Kings (PBKS) also made bids to buy Brevis with a base price of Rs 20 lakh. Brevis got a chance to appear in a total of seven matches in IPL 2022, where he averaged 23. Scored 161 runs from During this, the strike rate of Brevis was 142.48 and the best score was 49 runs.

Fantastic performance in Under-19 World Cup

Dewald Brevis showed all-round play in this year’s Under-19 World Cup. Brevis finished the Under-19 World Cup 2022 by scoring 506 runs in six matches at an average of 84.33. During this he scored two centuries and three half-centuries. At the same time, Brevis took a total of seven wickets showing amazing performance with the ball as well. Brevis’ only failure in the tournament was against Sri Lanka, where he could only make six. Against all the other teams, Brevis presented a brilliant batting view. Brevis is yet to make his international debut.