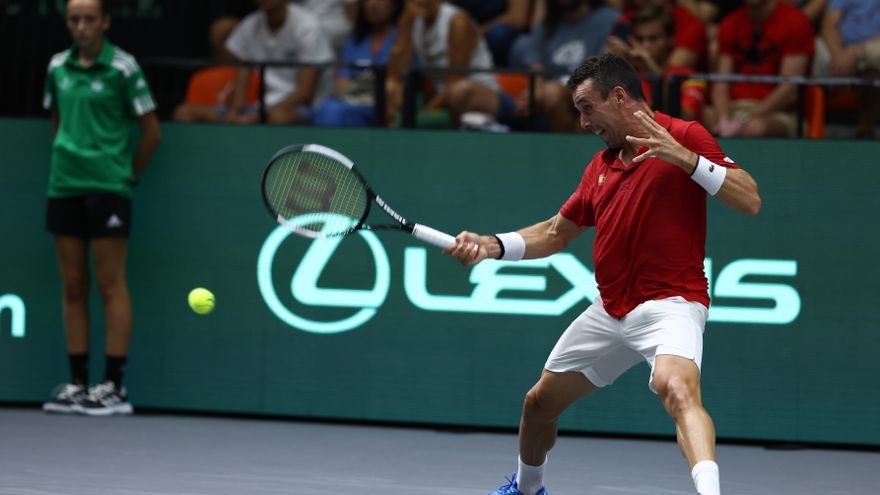 The Spanish tennis team, led by Sergi Bruguera, will play this Sunday against South Korea in the last eliminator of the ’round robin’ of the Finals of the Davis Cup that Valencia is hosting, its last opportunity to complete the work and seal its ticket to the Final Phase of the tournament, which will be played in Malaga -from November 23 to 27-.

The Spanish team depends on itself to advance in this Davis Cup, so a victory, in addition to the pass, would give the first place in its group, since the balance of Canada, rival to lead the list, adds 5 wins and 4 losses, after beating Serbia (2-1). For Spain, with a balance of 4-2, it is enough to win to be first, a priori against the weakest opponent in this Group B.

The unexpected defeat in the second qualifying round against Canada (1-2) forces Bautista, Alcaraz, Ramos and company to quickly forget the setback and recover so that this warning does not affect the Asians. In favor, the most affordable level of Korea, which should not be a problem for the ‘Armada’, who do not want to miss the opportunity to be in the Final Phase and do it as the first.

Film Wrap: Why did Rubina decide to divorce? The battle between Urfi-Chaat broke out again.

Fans on the streets to see Mahmudullah in the World Cup